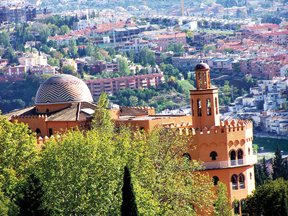 Granada: “Stop Islam” and “Stop the Invasion” were the sentences painted at the Islamic Cultural Center and Mosque in Armilla, Granada. The fact has been described as serious by the Islamic Commission of Spain. Mounir Benjelloun, President of the Islamic Commission of Spain has issued a statement protesting against this event and calling the graffiti ‘xenophobic’ and ‘racist’. In the same statement, he expressed his conviction that this fact will not affect “in any way” the good co-existence among the Spanish Muslim citizens of Armilla and the Andalusian society “.