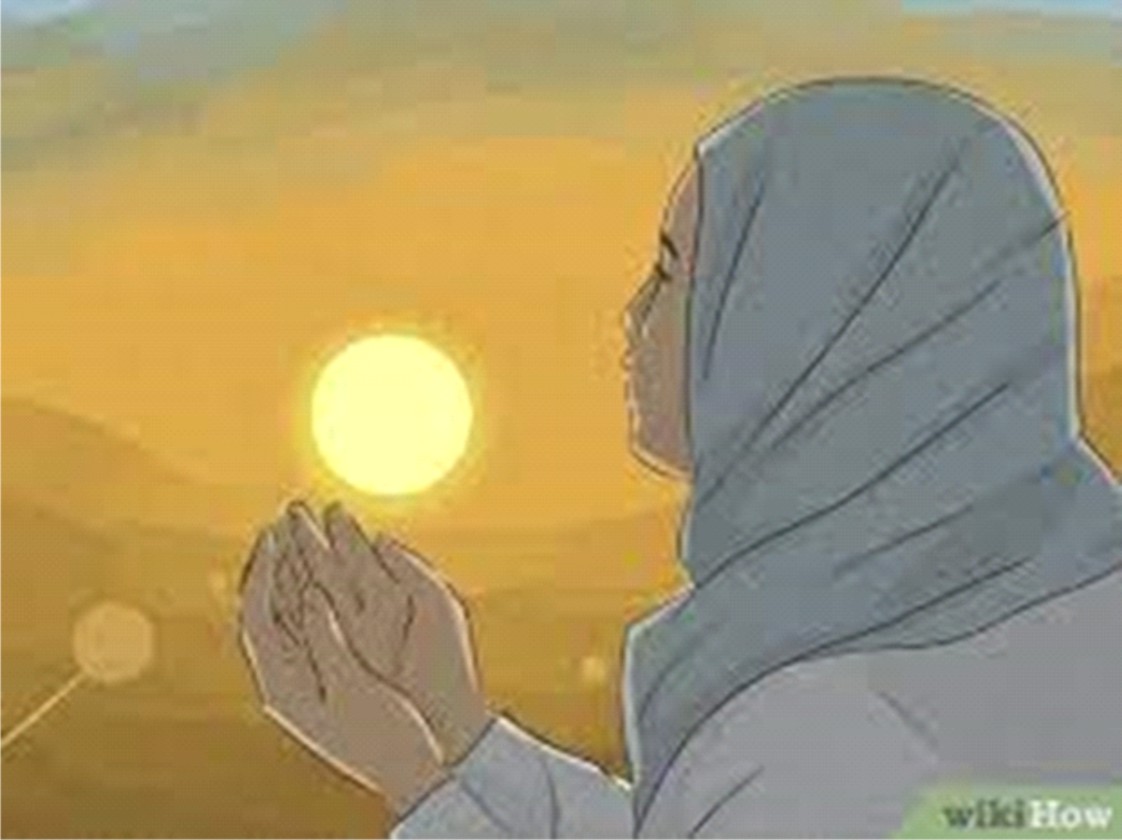 Day (Yaum ) in Islam Starts at Fajr not at Magrib

Before touching on when Yaum/Day starts in Islam, we would like to define a Yaum / Day as per Sharia.

It is the period in which a Muslim prays five mandatory prayers and the Witr. Witr, as you know, can be prayed till the azan for the following Day’s Fajr prayer is given. Witr cannot be prayed after that; why? The new Day has started and witr of previous Day cannot be prayed next Day, in the odd number of rakaths. This itself proves that Yaum / Day in Islam is the duration of time between the Azaan of two Fajr prayers. In short, from Fajr to Fajr. Hence, Yaum / Day starts at Fajr, not Magrib.

Let us now examine the evidence from Noble Qur’an and Authentic hadeeth to prove that the Yaum / Day starts at Fajr.

From Noble Qur’an:
a) In Verse 2:238, we are asked to guard strictly the As salawaat (five obligatory prayers), especially the “salawaathul wusta” (mid-prayer).
“Guard strictly (five obligatory) As-Salawat (the prayers), especially the middle Salat (i.e., the mid-prayer – ‘Asr). And stand before Allah with obedience [and do not speak to others during the Salat (prayers)].

The Middle prayer is the `Asr prayer, according to the majority of the scholars, including the Companions (RA) At-Tirmidhi and Al-Baghawi have stated. Al-Qadi Al-Mawardi added that the majority of the scholars of the Tabiin also held this view. Al-HafizAbu `Umar bin `Abdul-Barr said that this is also the opinion of the majority of the scholars of the Athar (i.e., the Hadith and the statements of the Salaf). In addition, Abu Muhammad bin `Atiyah said that this is the Tafsir (of the Middle prayer) of the majority of scholars.Al-Hafiz bu Muhammad `Abdul-Mu’min bin KhalafAdDumyati stated in his book on the Middle prayer that it is the `Asr prayer and mentioned that this is the Tafsir of `Umar, `Ali, Ibn Mas’ud, Abu Ayyub, `Abdullah bin `Amr, Samurah bin Jundub, Abu Hurayrah, Abu Sa’id, Hafsah,Umm Habibah, Umm Salamah, Ibn `Abbas and `A’ishah. This is also the Tafsir of Ubaydah, Ibrahim An-Nakha`i, Razin, Zirr bin Hubaysh, Sa`id bin Jubayr,Ibn Sirin, AlHasan, Qatadah, Ad-Dahhak, Al-Kalbi, Muqatil, `Ubayd bin Abu Maryam, and others.

If Asr has to be the mid-prayer, the Day must start at Fajr (Dawn) and not at Magrib.

b) In Surah Yasin (36) verse 40, it is said, “nor does the night outstrip the day,” which means that Day is the forerunner and Night will not outstrip the Day. This verse categorically states that the 24-hour period in Islam starts at Dawn and not at Magrib.

d) Surah Ar Ra’d (Chapter 13) Verse 3 also says, “He brings the Night as a cover over the Day. Verily, there are Ayat (proofs, evidence, lessons, signs, etc.) for people who reflect.”
(Inc & d above, it is clearly mentioned that it is the Day which is the first part, and the night follows and comes to cover the day

e) In Surah Ad Duha (Chapter 93) Verses 1-2, it is written that”By the forenoon (after sun-rise)
“And by the night when it is still (or darkens)” also says that it is the daytime that comes first and not the Night.

We are also quoting below from Tafsir Ibn Katheer explaining Surah As-Shams to understand what the Sahaba (RA) perceived from this verse:

“Al-`Awfi reported from Ibn `Abbas (RA) that he said, (By the moon as it Talaha.) “It follows the day (sun).” Qatadah said,”`as it Talaha (follows it) It is referring to the Night of the Hilal (the new crescent moon). When the sun goes down, the Hilal is visible.”

Let us now refer the Hadeeth.

3) It is also reported in the hadeeth that the Prophet (Sallallaahualaihi wa sallam) used to come out of Ithi’kaaf after Fajr on the Eid Day (Tirmidhi, Ahmad, Hakim)

4) During Hajj, if a pilgrim cannot be at the Arafath, his Hajj is not completed. In an authentic hadeeth, the Prophet (Sallallaahu alaihi wa sallam) has asked a pilgrim to be at Arafath before the Fajr of 10th Zul Hijjah so that he has observed the essential part of the Pilgrimage of staying at Arafath on the 9th of Zul Hijjah. This hadeeth categorically proves that the 24-hour period starts in Islam at Fajr and not at Magrib.

Let us now ponder on the Hajj rites. In fact, all rites start at Fajr, On Yaumul tarwiyyah – 8th Zul Hijjah- at morning one enters into Ihram and spends the Night at Mina, But according to those who insist that yaum / Day starts at Maghrib, the Night of 8th was on the previous Night, and one would not have entered into Ihram on previous Night. On 9th Night the pilgrims have to spend the Night at Muzdalifah. But for those whom this the start of Yaum, this Night after the gathering at Arafath belongs to 10th – Yaumun Nahar.

Let us now check what the scholars say:
We are quoting a fatwa in this regard from The Assembly of Muslim Jurists of
America www.amjaonline.org
Question: Assalamu Alaikum, I was told that starting of Islamic Day from Magrib is not correct and that it is Jewish tradition. The 5 reasons given are: 1) In Holy Qur’an, we have been asked to be steadfast with mid prayers, and almost all muffasirs say that it is Asr prayer. If Asr has to be the mid-prayer, the Day should start at Fajr.

2) Witr has to be the last prayer of the Day. Hadeeth says that witr to be prayed between Isha & Fajr. Please clarify
Fatwa Answered By: Dr. Main Khalid Al-Qudah (The Assembly of MuslimJuristsrof America)
Fajr time is the beginning of the Day in Islam. It is the time in which we start fasting and performing Fajr prayer. If a woman gets clean from her menstrual period before Fajr in the month of Ramadan, then she has to fast. Many rules in Islam are connected with Fajr time, showing clearly that this is the beginning of the Islamic Day. www.amjaonline.org

UNQUOTE
It is the Jewish tradition to start the day/month after sunset. You may be surprised to note that even the Muslim countries follow the Jews in starting the 24-hour period!!!

Now, as it has been established that the start of yaum / Day is Fajr, some may have some doubts about the practicability of implementing it in everyday life as the time of Fajr is not fixed throughout the year and changes region to region.

This sort of difficulty exists even when the start is fixed at Magrib.

In fact, there is no difficulty whatsoever in starting the Yaum / Day at Fajr. For the last 1440 years, the Muslim Ummah precisely started fasting, Mandatory and voluntary, as soon as the Muazzein starts the call for Fajr prayer. Even though the timings for the prayer call differ from region to region, country to country, we all have been following precisely this timing all these centuries, without any mistakes, Alhamdulillah.

Some may argue that since Noble Qur’an in many places uses the phrase, Lailuwan nahaar, Night comes first, followed by the day-light period. Let them please note that in Noble Qur’an “Bukkarathm wa assiyya” is also used. In verse 3:43, Sujood is mentioned first, followed by Rukku. This user does not mean we have to do sajdah, and then only Rukku be performed. In Surah An Noor (24:58), the Day’s progress is chronologically described as Fajr, afternoon & Night.

(The author is the President, of Hijri Committee of India)