The Quran has talked about pre-life existence in mineral form such as dust, dry clay, wet clay. Then, it cited creation of non-transgressing barrier or membrane linking it with the beginning of life. 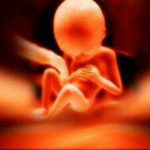 A well-known British naturalist, Sir David Attenborough gives an interesting narration of life on earth. He says that if we consider the duration of the earth as one year, the life appeared in the middle of August in the sea. Towards the end of November, the first animal left the water and colonized the land. The backbone animals invaded the land by the beginning of December. On December 25th dinosaurs disappeared and were replaced by mammals. In early morning of December 31st, apes and ape-like man called hominids appeared. And human or homo sapiens appeared about a minute or two before the end of December.
Now let us see what the Quran says about creation of life on earth and find out if there are any similarities or dissimilarities between the two narrations. To start with, it challenges our intelligence about our existence in pre-life form when it says, “Does not man remember that We created him before, while he was naught (nothing, non-existent)?” (19:67). This verse clearly points at existence in non-life form. What was that non-life form? Quran puts it in chronological order by saying: (1) “He created you of dust,” (30:20) corresponding to the initial phase of earth when its atmosphere was filled only with dust. (2) “We created man from sounding (noisy) clay,” (15:26).
Creation of Man Out of Clay
It corresponds to the phase when the dust turned into dry clay, floating in the air with thundering sound. (3) In the next phase, when the torrential rains poured down the clay, settling it on the surface of earth, the Quran says, “Allah is He who perfected everything and began the creation of man out of clay” (32:7). This verse points to two things: (a) First, it is using the word clay instead of sounding clay, meaning by, it is not floating, but static at a different stage of evolution; (b) Second, to confirm its point, Quran uses the word ‘began’ or ‘Bada’a’ for creation of man after God perfected everything else. It means that human creation happened as part of a continuous process in time, that had a beginning and not just at once.
(4) In the next phase, as some of the clay settled in the sea and became sticky in nature in the primordial soup, Quran says, “Indeed, We created man from sticky clay”. (37:11), or “We created the human being from smooth, (and wet) clay.” (15:26) (5) In the next phase, as fat-which is sweet and palatable, and sulphate”which is salty and bitter, made an impermeable membrane, Quran says, “It is He who has let free the two bodies of flowing water, one palatable and sweet and other salty and bitter. Yet He has made a barrier between them. A partition (membrane) that is forbidden to be crossed” (25:53). Here, Quran uses the term ‘non-transgressing barrier’ for impermeable membrane.
Pearls and Corals
(6) In the next phase, Quran talks of appearance of life in general, “with water did We create every living thing”¦(21:30). Then it becomes specific, linking the impermeable membrane or ‘non-transgressing barrier’ with corals. “He has let free the two bodies of flowing water meeting together between them is a Barrier, which they do not transgress. In the same verse it further says”¦.Pearls and corals come forth out of the twain.” Scientists, in recent decades, have discovered that coral belongs to the animal kingdom and is intimately linked to algae which is a plant. In this verse, Quran has created a close link between plant and animal life.
(7) Then, in a progressive continuity, it talks about animals by saying, “Allah has created every animal out of water.” (24:45). Later, it categorises them and takes them out of the sea and puts them on land by saying, “Of them (is a category which) walks upon its belly, (another which) walks upon two legs, and (a third which) walks upon four. Allah creates what He wills. Allah is Able to do everything (He wants)”
Chronological Mosaic
(8) Going further, it talks about human life by saying “He it is Who has created man of water.”(25:54). Then, ingeniously it links human life with plant life as earlier it linked plant life with animal life by saying, “And Allah has caused you to grow out of the earth like plants” (32:7). In this way, it created a chronological mosaic of three basic forms of life-plant, animal, human-1500 years ago, discovered by science in the last few decades. Thus far, we have seen Quran has talked about pre-life existence in mineral form such as dust, dry clay, wet clay etc. Then, it cited creation of non-transgressing barrier or membrane linking it with the beginning of life. Going further, it linked life in a mosaic of plants, animals and humans.
Who says Islam, which gets nourishment from Quran, is on collision course with science?
(Source: newageislam.com)