A Lesson in Daily Charity

Islamic Voice 0 December, 2016 12:00 am
How the Prophet (Pbuh) Treated His Help
400 Muslims Crack IIT-JEE
Look Within To Find Solutions

Many of us do give in charity once in a while, but how many of us do so every single day? Charity was an integral part of this man’s daily life. 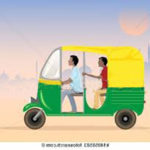 By A Staff Writer
We all love surprises”but only if they are pleasant, of course! I had a wonderful surprise the other day while in an auto-rickshaw.
I generally refrain from talking more than what’s necessary with auto-rickshaw drivers while they are driving, because the traffic on the roads of the city where I live is so dense and chaotic that I fear I might distract them if I chat them up”and who knows what might then happen? But that day I was tempted to make conversation with the driver. We began by talking about something quite mundane, but I don’t quite remember exactly how, I soon found myself listening to some very wise words of wisdom on life, religion and spirituality. The driver, it turned out, was a Sufi of sorts.
Imagine discussing Sufi spirituality while speeding in an auto-rickshaw with someone you’ve just met for the first time ever!
But that isn’t the really surprising thing, though. I’ve had similar sorts of conversations with auto-rickshaw drivers before, men from different faith backgrounds, so this wasn’t something really new for me. What was definitely novel was what I learnt when we finally reached where I needed to get to. The driver stopped the vehicle and carried on speaking. He spoke lovingly about his master, a Sufi of the Qadri order, who had left the world a while ago. I thought I saw his eyes brimming with tears. He talked about truth being found in every religion. He also spoke of how faith must go along with good deeds. And then”not in order to show off but to demonstrate the point of service being a necessary part of spirituality”he told me about a practice that he has made into a habit”which is what that great surprise that I had that day is about.
Every day, the driver explained, he takes out half the money that he earns on his first trip and keeps it apart. In this way, over a few days he is able to set aside a fairly sizeable amount. He uses this money for charity”to give to people in need. If I am not mistaken, I think he also added that while giving this money to the needy, he does not consider their community or religious background.
Now, isn’t this all really wonderful? It was certainly a surprising learning lesson for me!
Service of one’s fellow human beings, the driver wanted to say, is an integral part of true religiousness, without which claims to faith are hollow. The poor, too, have a share in one’s earnings. The driver’s enthusiasm to help the poor was truly touching. Imagine making it a point to set apart a big portion of your income every single day for the needy? I certainly had never thought of doing something like that myself.
There’s another wonderful thing that I learnt from this beautiful experience. And that is, that you don’t have to be materially rich to be charitable. The driver definitely wasn’t what you’d call ‘economically prosperous’. He perhaps lived in a small tenement in a densely-populated area. Maybe he was the only earning member of his family. He probably slogged long hours every day on traffic-clogged roads to eke out a livelihood. And yet, he was such an incredibly charitable man!
Many of us do give in charity once in a while, but how many of us do so every single day? Charity was an integral part of this man’s daily life. Every single day, he thought of the needy, diligently setting aside something from his earnings for them, almost the first thing in the morning after starting work.
If this man could do beautiful acts of charity every single day, maybe I should do something like that, too?
What do you say?