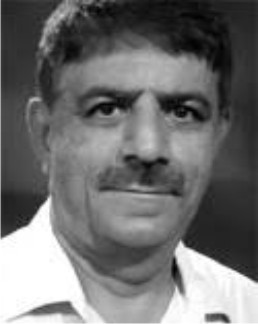 According to some sources, the tradition of burial in Islam is based on an event, as described in the Quran, when a son of Hazrat Adam killed his brother. As per the Holy Book, Allah sent a crow who scratched the ground to show him how to hide the dead body of his brother.

By Amin Valliani
We are here for a short duration in eternity. Sooner or later, every human being is to die as the Holy Quran says “Every soul shall taste death, then to Us will you be returned” (29:57).
With death, the connection between the human soul and body terminates, the soul takes its own flight while the body requires disposal in the shape of burial or cremation. Burial is used by the major Abrahamic religions, Judaism, Christianity and Islam. According to some sources, the tradition of burial in Islam is based on an event, as described in the Quran, when a son of Hazrat Adam killed his brother. As per the Holy Book, Allah sent a crow who scratched the ground to show him how to hide the dead body of his brother. Therefore, different Muslim communities bury their dead according to their specific culture and traditions.
The death of any family member is a sombre occasion but the untimely death of any member in some tragic accident is all the more poignant. At this point, the bereaved family needs not only soothing words for their grieving hearts but also practical help to arrange the burial.
Imagine a family who loses a loved one all of a sudden. The family knows nothing about the burial procedure; it needs succour in its hour of grief, to acquire a burial space in an already saturated graveyard. Though the graveyard is owned by the local government, dealing with the gravedigger is an ordeal one must pass through. Besides, arranging for a hearse, fixing time for the funeral procession and receiving condolences from visitors all make the tragedy more taxing.
In addition to the above, the family has to complete legal formalities such as the death certificate; it has to ask someone to bathe and shroud the body. This requires extraordinary skill, so the entire family and its friends have to contribute for the orderly performance of all rituals and the burial itself.
On such an occasion financial concerns are also critically important, especially for poor or middle-class families. They have to draw money from all sources in order to arrange for a decent burial. Sometimes borrowers remain indebted for a number of years.
In rural areas, some families bury their dead in their ancestral graveyard while others use some corner of their fields as a graveyard. In major cities and towns, government-owned cemeteries are used but they are in a messy condition.