The Best Story, as per the Quran 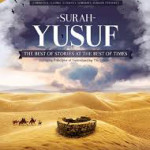 Do not react to the situation, try to manage it and soon you will emerge as the master of the situation.
In its chapter twelve, the Quran narrates a story. Quran mentions it as the best of stories. This is the story of Prophet Joseph. The Prophet Joseph with his father and stepbrothers lived in Palestine. When Joseph was in his teenage, his step brothers became jealous of him. They managed to cast him in a dry well situated in a jungle. But God came to his rescue “ a caravan spotted him in the well and pulled him out. Later, they sold him as a slave in an Egyptian market. Thus he reached from Palestine to Egypt.
Luckily his master was a courtier of the Egyptian King. In terms of religion, the king was an idol worshiper, while Joseph, who belonged to the family of Abraham, was a believer in the oneness of God. After some years, when Joseph reached the age of maturity, he came in contact with the King. The King was greatly impressed by his personality and wisdom. He offered him a high office in his government. In present terms, it can be said that this was the ministry of agriculture. According to the Biblical narration, the Egyptian king said:
“You shall be over my house, and all my people shall be ruled according to your word; only in regard to the throne will I be greater than you.” (Gen. 42:40)
Joseph accepted this offer and successfully managed the agricultural affairs of the land at the time when there was a severe drought in Egypt and also in the adjacent areas. People became so happy that they accepted him as their hero. After narrating this story, the Quran says:
“God does not waste the reward of those who do good, who are righteous and steadfast.” (12:90)
What were Joseph’s qualities which elevated him to the aforementioned high status? After reading his story, given in the Quran, we can summarize these qualities in these words:
Joseph’s stepbrothers plotted an evil plan against him which was tantamount to having him killed. But Joseph never developed any kind of hate or revenge against them. Instead, he forgave them and received them with good behavior as mentioned in the Quran.
The caravan of traders sold him as a slave in the Egyptian market, but he never protested against the caravan. He never said that I am a man and you are using me as a marketable commodity.
When in Egypt, he never created any problem against his master or against the king.
He kept patience against the culture of idol-worshipers that was prevalent in Egypt at that time. Following the principle of avoidance, he availed the opportunity given to him by the Egyptian rulers.
The Prophet Joseph, like other Prophets, was not simply a religious guide, he was also a best guide for the secular fields of life, in this sense, his message was a universal message. The gist of his message was “ don’t react to the situation, try to manage it and soon you will emerge as the master of the situation.
(By Maulana Wahiduddin Khan)