Islamic Voice 0 June, 2016 12:00 am
Who moved our cheese?
I am Sorry Convent of Jesus and Mary, For, I Have Failed You!
Sikhs in Peshawar Arrange Iftar 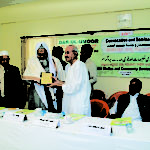 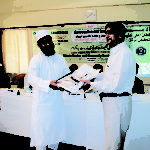 Srirangapatna: The Tipu Sultan Advanced Study and Research Centre (TSASRC) is a premier institution established by the “Sheriff Foundation” at Srirangapatna, near Mysore. Called Darul Umoor, its environmentally-friendly campus is surrounded by mango and coconut groves, with butterflies, birds and flowers adding to the tranquility. It was set up through the philanthropic efforts of businessman and builder Ziaullah Shariff (CEO India Builders).
The concept and programme of Darul Umoor was developed under the guidance of late Maulana Ali Miyan, Maulana Abul Hassan Ali Nadvi, Maulana Rabe Hasani, the late Abdul Kareem Parekh and Maulana Qazi Mujahidul Islam and other leading scholars.The concept was to open the doors of knowledge to graduates of madrasas from across India and orient them to subjects like management, science, computers, English, comparative religions, interfaith relations, community service, and inter-personal relations. About 25 madrasa graduates are selected for the one-year course, based on a written test and interview. Selected students stay on the campus. The first batch of this course was inaugurated in May 2002.
Graduates of the centre are expected to go on to act as community leaders to guide and support the educational and economic development of the neighourhood, apart from striving to present the right perspective of Islam and motivating the community to improve its educational socio-economic conditions and ability to contribute to the development of the society and the country at large.
The 15th batch of Darul Umoor celebrated its convocation on May 22, 2016 at Srirangapatna. The batch comprised 21 students. Dr Mohammad Aslam Parvaiz, Vice Chancellor of the Maulana Azad National Urdu University, Hyderabad, was the chief guest on the occasion. In his address, he stressed the importance of knowledge of science and linked it to Quran. In his address, Ziaullah Shariff advised the outgoing students to work hard to stand on their feet and contribute to the society. “Positivity is the mark of a Muslim,” he added.
A highlight of the convocation was the presence of two students from the first batch of Darul Umoor, Maulana Abdul Rabb Nadwi and Maulana Shoeb, who presented their views about how their stay at Darul Umoor as students in had helped them positively shape their future.
Scripted and compiled by Dr. Mohammed Hazique Nadvi, current academic director of Darul Umoor (who is also a student of the first batch), a book titled “Zia-e- Darul Umoor” was released on the occasion. The book is a story of the institution from the time it began.
An impressive science exhibition was also on display at the venue. Guided by Mir Mohammed Sayeed, science faculty at Darul Umoor, the madrasa students took the visitors on a journey to the planets through colorful posters about the galaxy, the stars, the seas, the mountains and the glorious sun!
For more insight about Darul Umoor, get in touch with
Abdur Rahman Kamaruddin, Secretary-General
TSASRC (Dar-Ul Umoor )
No. 1, ‘The Presidency’, No 82,
St. Mark’s Road, Bangalore – 560 001.
Karnataka. Tel: 080-41248208, 080-41248209
E-mail: [email protected]