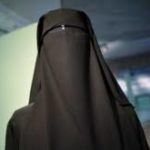 Rabat: Morocco has banned the production and sale of full-face veil (burqa) due to reports which say that the garment is used to carry out crimes. A high-ranking interior ministry official said.”We have taken the step of completely banning the import, manufacture, and marketing of this garment in all the cities and towns of the kingdom.” It said the measure appeared to be motivated by security concerns, “since bandits have repeatedly used this garment to perpetrate their crimes.” A large number of women in Morocco prefer the hijab headscarf that does not cover the face. Nouzha Skalli, a lawmaker and a former family and social development minister, welcomed the ban as “an important step in the fight against religious extremism.”