Islamic Voice 0 July, 2019 12:00 am
Different Meaning
The 22 Most Miserable Countries in the World
Man feeding the poor gets Yudhvir award 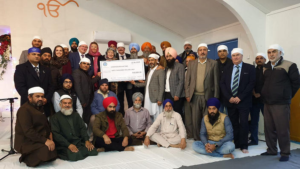 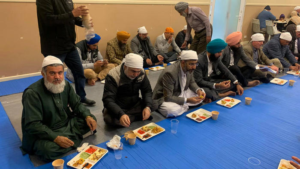 Representatives of Al Noor Mosque and the Linwood Islamic Centre attended the function held at the Gurdwara Singh Sabha, Christchurch.

The Christchurch mosque shootings were two consecutive attacks at mosques in Christchurch, New Zealand during Friday prayer on 15 March 2019. The accused gunman from Australia now faces 51 murder charges and 40 attempted murder charges – along with the terrorism charge.
Over NZ$10 million were raised for victims of the mosque attacks across three major fundraisers. New Zealand’s Sikh community also rallied together to raise more than NZ$60,000 for victims and their families. The collection was done within five days of posting an appeal on Facebook, with the help of over 1600 donations. This amount was presented to Lianne Dalziel, the Mayor Christchurch on Wednesday, 12 June at a function held at the Gurudwara Singh Sabha, Christchurch. A cheque of NZ$60,000 was delivered in the presence of the members of the Muslim and Sikh communities. Mr Abdul Aziz from the Linwood Islamic Centre, Mirwaiz from Al Noor Mosque and other members of the Muslim community marked the occasion to appreciate the fundraising efforts of the Sikh community.
This fundraiser was initiated by Auckland-based Jaspreet Singh Rajpura with the support of Sikh Supreme Society. “No amount of money can change what has happened, or bring back the lives lost. But we can offer our support to victims and their families, so they don’t have to bear this burden alone,” he said. “This couldn’t have been possible without community support. Thank you everyone. Hope we will always stay strong and stand together again and again.” Mr Singh said that a collection of NZ$60,458 surpassed the initial goal of NZ$50,000 within just five days of starting this fundraiser.
Daljit Singh, the spokesperson of Supreme Sikh Society, thanked all Sikh organizations and the local community for their donations. “We’re very thankful to the people who have made financial contributions,” he said.
“Our hopes, prayers and practical help go out to each and every victim, bystander or loved one affected.”
“Supreme Sikh Society has always been adopting the philosophy of first Sikh Guru, Guru Nanak Dev Ji who preached that service to humanity is service to God. He stated that life should be spent in love and service of entire mankind. This belief has been at the core of the Sikh doctrine.”