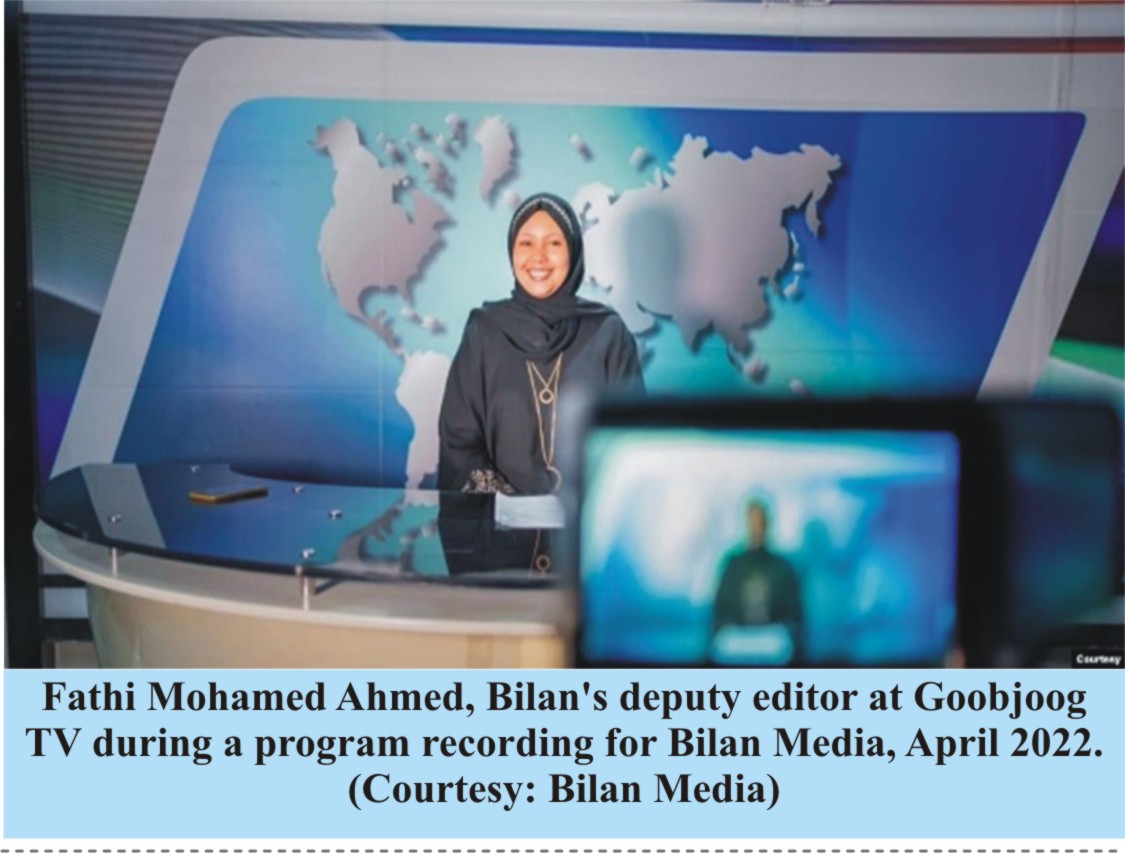 Women journalists in Somalia have reported being harassed not only on the streets, but even inside their own offices

Called Bilan, or “bright and clear” in Somali, the unit is funded by the UN Development Program, and will be stationed inside Dalsan Media Group’s offices in Mogadishu.

Led by one of the few female senior news producers in the country, the team of six will produce content for TV, radio and online media on issues such as gender-based violence, women in politics and female entrepreneurs.

“For too long, Somali women journalists have been treated as second-class citizens and Somali news has ignored the stories and voices of half the population; now we are in charge of the boardroom and the narrative,” said Nasrin Mohamed Ibraham, Bilan’s chief editor.

“Some people might not like the fact that I play football and lead a media team. But nobody will ever change my mind.

Bilan Deputy Editor Fathi Mohamed Ahmed said: “As a women-only media house we are going to be able to bring taboo subjects into the open. Our sisters, mothers and grandmothers will talk to us about issues they never dare speak about with men.”

The project is a year-long pilot, but UNDP’s resident representative in Mogadishu, Jocelyn Mason, is confident that it will become a permanent project and potentially extend into Somalia’s regions.

“We hope this will be a game-changer for the Somali media scene, opening up new opportunities for women journalists and shining a light on new subjects that have been ignored, particularly those that are important for women,” said Mason.

Women journalists in Somalia have reported being harassed not only on the streets, but even inside their own offices. They are often denied training opportunities and promotions, and when a woman does reach a position of authority, she is often ignored while junior male figures call the shots.

UNDP will also provide a long-term program of training and mentoring, bringing in some of the biggest names in Somali and international journalism, as well as creating opportunities to engage with women journalists working in similarly challenging environments around the world.

“I believe Bilan will be a game-changer for me and for women in Somalia. I hope it will give us the freedom and safety to do a different kind of journalism beyond the usual diet of politics and conflict,” said Bilan journalist Naciima Saed Sala.