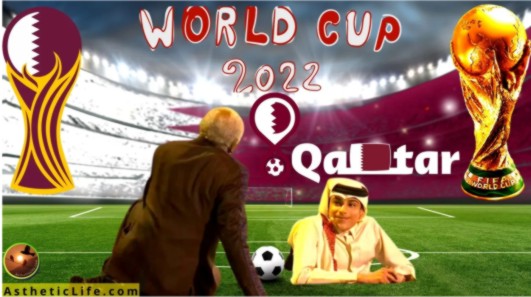 Host Nation- You Are The Champion

On 20th November 2022, I sat in front of my TV to watch the opening ceremony of the biggest sporting event- the FIFA World Cup. With the skepticism and cynicism from the Western media over the past couple of months, my expectation for the ceremony was not very high.

But my expectations proved me wrong. The opening ceremony of FIFA World Cup Qatar 2022 was one of the greatest events I witnessed in the 25 years of my event management experience, or rather, in my lifetime. They managed to make it entertaining for people around the world, sports fans and non-fans alike while keeping the roots of Arab and Islamic culture. The conversation between Morgan Freeman and Ghanim Al Muftah was a cherry on top of the ceremony.

This intrigued me, and I thought this might be an excellent time to schedule my long pending business trip to Qatar. I will experience the World Cup while also getting my work done. While arranging my trip, I came across something new – Hayya (literal meaning: come; in this context: welcome) Card. This was another concept I was impressed with, making it easier for fans worldwide to enter Qatar without the hassle of a visa.

Once all the arrangement was set, I left for the Kempe Gowda international airport (Bengaluru) in India. Arriving at the airport, it took me 15 minutes to get inside the gate. Check-in 40 minutes, and immigration 30 minutes. And then, after another 30 minutes, reach the plane’s entrance. Seeing the procedure on a typical day in Bengaluru airport, I wondered how long it would take me in Hamad International Airport during a World Cup.

I remember vividly there were 7,000 flights scheduled to operate to and from Qatar that week. My flight was scheduled to land at 6 AM. I informed my friend, Shan, CEO of Asheghar Digimentors, and he said he would reach the airport by 6:30 AM to pick me up. I almost scoffed, thinking it would be impossible to get out of the airport in this peak time in just half an hour. Once again, Qatar surprised me with its management. From the time my flight landed to when I reached the exit gate; it took me 10 minutes. Everything from immigration to receiving luggage was automated. When I called and said I am out to Shan about this, a resident of Qatar, even he was shocked by the efficiency of the management.

I thought to myself; this is just the beginning. I wonder what other surprises Qatar has kept in store for me. And to put it mildly, I was not disappointed. In a conversation about the World Cup with Shan, I learned he went to watch a match with his wife and 5-year-old daughter. If you have been to other international tournaments, you would know that stadiums are not very family friendly as you find over-excited and drunk fans during the match. That did not seem to be a problem here as alcohol was banned in stadiums and fans enjoyed it regardless in the stadium, before, during, and after the match.

For the 29 days that World Cup continued, Qatar filled itself with colors and vibrance and stayed alive 24 hours a day, seven days a week. It became a country that never slept. The quality of life in Qatar is something to cherish and praise. Fans enjoyed different Fan Zones, the Fan Festival, Souq Waqif, Corniche, Lusail Boulevard, and Katara, to name a few. With their security and management, the host country ensured the fans and locals didn’t face concerns about safety and security. With their inclusivity, they made sure fans from all cultures and parts of the world felt welcome as they displayed players from all countries in West Bay buildings and made every activity multilingual. With their free metro and shuttle bus service, they made sure traffic was not an issue. With their entertainment activities, they made sure fans and locals did not get bored at any time of the day. And with their perseverance, the host country ensured everyone had fun by simultaneously upholding their Islamic roots.

While the Western media kept pointing fingers at Qatar and fished for mistakes and negativity in FIFA World Cup Qatar 2022 arrangements, Qatar stood resolute. It proved them wrong not with words but with actions and results. The host country disproved all the worries of Western media and showed that one could have fun without alcohol and that a small country could host the biggest sporting event in the world.

Amidst all this, I had to remind myself that I was here for a business trip. While the atmosphere screamed enjoyment, the offices functioned as usual. I had multiple meetings for my business deal with a leading company, Asheghar Digimentors, owned by His Excellency Shiekh Jassim Bin Mohamed Al Thani. The meetings were a success, and even during the sessions, I got a lot of insights into Qatar. Director of Asheghar Digimentors, Mr.Ahmed Adiyotil, who lived in Qatar and among Qataris for the past three to four decades, spoke highly of Qatar’s hospitality, involvement in FIFA World Cup, and vision. I also got to witness their hospitality and all other arrangements personally. Of all the global events I have been to as an event management business and spectator in the past 25 years, this has to be the best-managed event. This is coming from someone who has handled global events in corporate, sports, conferences, entertainment,music festivals, fashion, charity, and exhibition sectors. Supreme Committee deserves special appreciation for making this happen and managing it efficiently.

As an event management initiative, my company has been planning to start a cricket premier league in the gulf countries for the South Asian cricket enthusiasts residing in the region. We were in a dilemma about where to start this initiative. After 18th December 2022, I am no longer in a dilemma. I am going to start this in the country that hosted the best World Cup, Qatar.

Qatar welcomed everyone with their “Hayya,” and fans united here as one from every corner of the world. Little did they know that all of their dreams would be fulfilled and they would be the witness to the most incredible World Cup hosted in the history of FIFA.

At Davos Qatar Emir promised to the world – this edition of FIFA world cup will be special one – yes indeed this world cup has been special one and host nation – you are the champion.