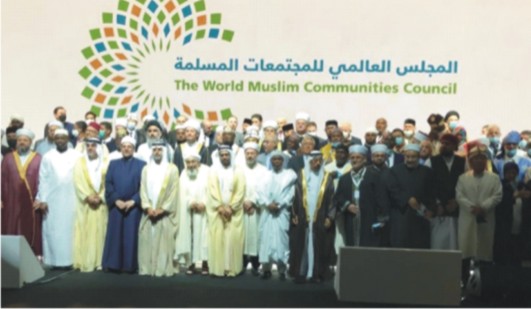 Abu Dhabi: The World Muslim Communities Council organised the Islamic Unity Conference here on May 08-09, 2022, which called for the formulation of a Comprehensive Islamic Awareness, including the Rules of Relationship between the Components of the Muslim Ummah.

Addressing the Conference, Hissein Brahim Taha, the Secretary-General of the Organization of Islamic Cooperation (OIC), said that the hosting of the Islamic Unity Conference confirms the position of the United Arab Emirates (UAE) as a global destination of tolerance and coexistence after the proactive steps it has taken by establishing a first-of-its-kind “Ministry of Tolerance” at the global level.

The Conference, according to Taha, took place amid several issues facing the Islamic Ummah, including the stigmatization of Islam. He emphasized that in this situation, Muslims must unite as individuals, countries, societies, and institutions to restore Islamic unity and reinvigorate the true image of Islam, noting that the Conference coincides with a number of changes on the international stage, including the outbreak of wars and ethnic and sectarian conflicts that have destabilized the various OIC Member States.

The OIC Secretary-General added that the Islamic world in its entirety is called more than ever before to work together to formulate a comprehensive and collective Islamic awareness that includes the rules, principles, and constants of convergence and disagreement that govern the interrelationship between the various components of the Muslim Ummah.

Taha pointed out that the OIC believes that sectarian, cultural, and intellectual diversity in Islamic societies should be a factor of enrichment, distinction, and construction rather than a cause for divergence, division, demolition, and sabotage, adding that such a unique diversity should remain a cultural and civilizational asset invested positively to pave the way for unifying visions and creating bridges of solidarity, understanding, and teamwork throughout our great Ummah.