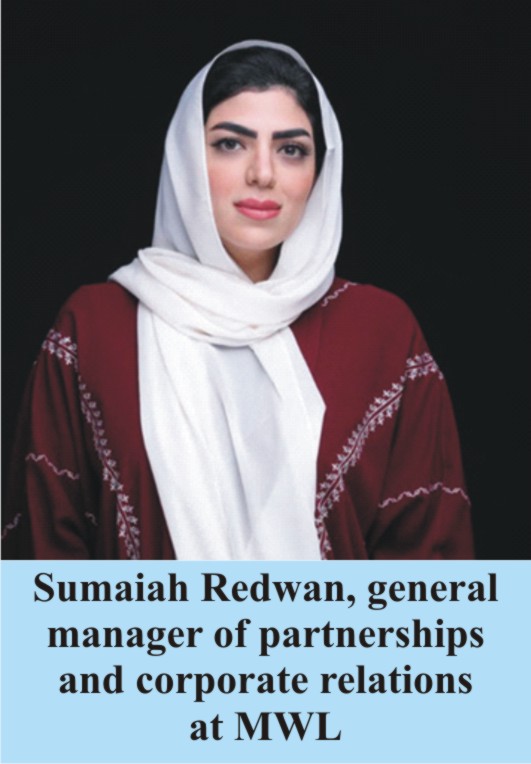 JEDDAH: The Muslim World League has ramped up its women’s empowerment efforts, with several key leadership and management positions now filled by women.

Saudi Arabia’s Vision 2030 has always focused on the full participation of Saudi women at all levels in the labor market, contributing to achieving the Kingdom’s strategic goals.

Hutoon Mahmoud Sidiq, director of human resources at MWL, said: “MWL Secretary-General Dr. Mohammed bin Abdulkarim Al-Issa has played an important role in stressing the importance and status of women in the Kingdom and provided constant support for them to assume prestigious leadership positions, making women an effective partner in achieving successes at various levels both locally and globally.”

Hiring women into leadership positions in its headquarters and offices around the world has allowed the MWL to boost communication with women from different societies and promote religious moderation.

Women officials in the MWL are advancing the league’s mission to promote a tolerant and more peaceful world.

Sumaiah Redwan, general manager of partnerships and corporate relations at MWL, said: “The MWL has supported women’s participation in all fields inside and outside Saudi Arabia, and through its initiatives and conferences, it has been highlighting the key role women play in building bridges between nations and peoples.”

The MWL has enabled women’s innovation and creativity at work, giving them decision-making control, says Shaima Alluqmani, manager of planning, research, and studies for the league’s under secretariat for executive affairs.

“My vision is to contribute to achieving the MWL’s goals through efficient strategic planning and developing an innovation-based future vision for humanitarian work worldwide,” she added.

By focusing on women’s voices, encouraging education for girls, and supporting women’s empowerment, including equal wages and career opportunities, the MWL is creating a new generation of female leaders.

Eman Hussain Filimban, general manager of relief, welfare, and development, said: “Women have been empowered to help contribute to the development of the MWL and play a role in the MWL’s excellent and outstanding results across all areas.” Filimban aims to place the MWL at the forefront of international organizations by offering high-quality humanitarian services and professional development projects that set an example in humanitarian assistance.

She added that raising Saudi Arabia’s competitiveness regionally and internationally is also a significant target.

The women’s empowerment targets of the MWL have their origins in Islam, which advocates natural equality between the two genders.