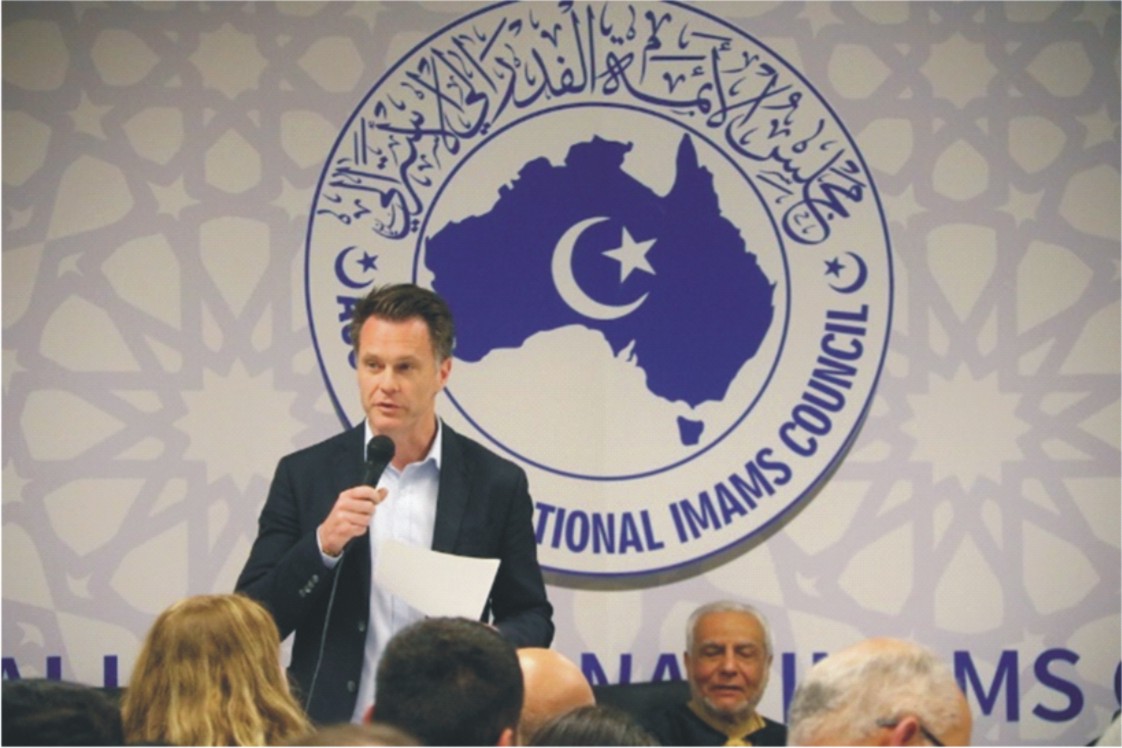 Sydney: The New South Wales (NSW) Labor Party Leader Chris Minns together with his 15 shadow ministers met more than 100 Muslim community leaders and Imams over dinner at ANIC offices in Chullora on 12 September 2022, assuring the Muslim community to counter Islamophobia and religious vilification in NSW.

The talking points during the dialogue included concern about Islamophobia and anti-Muslim sentiments across some sections of the Australian society, laws against vilification and hate speech on religious grounds in NSW, countering right-wing extremism, and the upcoming state elections on Saturday 25 March 2023.

Chris Minns assured the Muslim community saying, “I can give you this assurance that a New South Wales Labor government will stand up against Islamophobia wherever we find it. We’ve supported religious vilification legislation in the past and make no mistake, it’s important to protect the unique multicultural society that we have built in this country and we’re determined to do it.

The program was started by the MC, Bilal Rauf, ANIC Senior Legal Advisor & Media Spokesperson with acknowledgment of the country and recalling a similar meeting held a couple of years ago in the same place before the commencement of COVID-19 restrictions.

Imam Anas Yaghmour recited from the Quran, Chapter 30, Verses 20-24 calling on humanity to reflect on the signs of creation, companionship, compassion and mercy, and diversity of languages and colors.

President of the Australian National Imams Council (ANIC), Imam Shadi Alsuleiman during his address appreciated the great turnout of politicians and community leaders to have a dialogue on issues of concern and cooperate for a diverse, multicultural, and harmonious NSW.

The Grand Mufti of Australia, Dr. Ibrahim Abu Mohamed said that Australia remained one of the best countries in the world safeguarding human dignity, security, freedom, and stability.

He admitted that Australia is indeed a success story for multiculturalism where all citizens have the right to celebrate their culture, practice their faith and raise their voices resonated by the state and federal political leadership.

She also referred to the recent publication of a report by the Australian Human Rights Commission, “Sharing the Stories of Australian Muslims” that drew on the contributions of more than 1000

The report identified some key themes:
• That there is a need for Protection from Islamophobia and anti-Muslim hate.
• Firsthand experiences of harm and attacks on Australian Muslims, especially women.
• The increasing threat of far-right extremist ideology.
• Media and political narratives.
• The need for broader community allies.
• The need for legislative protection against religious vilification and especially Islamophobia.
• Redressing the balance- countering violent extremism and social cohesion.

He further emphasized, “We’re also here to reaffirm the value of our friendship and commitment to the community, the Muslim community here in New South Wales. And I want to assure you, each and every one of you, from the senior leadership of this Council to every member sitting here tonight, that we will never, ever take your support or your friendship for granted”

“We are grateful and appreciative for you and all of your colleagues who have attended, particularly those who have come from certain distances. And we know that that’s a real ask of your time. And we’re grateful for that,” Mr. Minns concluded.