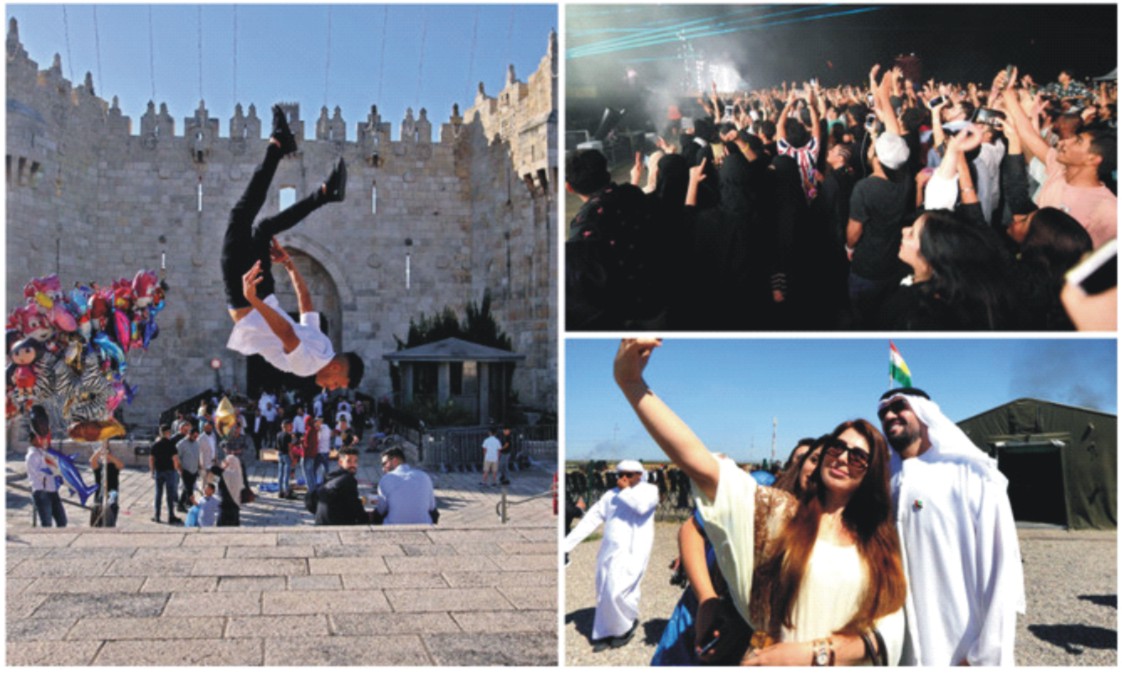 London: The countries of the Middle East are “backward-looking,” unfriendly, or even hostile to Western nations, and fail to share their values or aspirations.

These are the worrying and outdated perceptions of people in four Western nations the UK, US, France, and Germany surveyed in a new poll conducted for the Tony Blair Institute for Global Change.

The same poll, however, reveals that, in fact, Arabs in Saudi Arabia, Egypt, Iraq, Lebanon, and Tunisia “deeply respect the US and its values of freedom, innovation, and opportunity.”

The institute’s report points to social developments in Saudi Arabia as an example of “the new Middle East’s shared vision for change,” but concludes that this vision and the progress it has already brought about has so far failed to register in the Western consciousness.

Published on the eve of US President Joe Biden’s visit to Saudi Arabia, the timely survey and its accompanying report, “Think Again: Inside the Modernization of the New Middle East,” highlights the gulf between Western perceptions of the region and the reality of the situation.

Tony Blair, Britain’s former prime minister and founder and executive chairman of the Blair Institute, said that the results of the poll show that “people across the Middle East and North Africa, especially the youth, want societies which are religiously tolerant, economically enterprising and at peace with their neighbors.

“Leaders engaged in these reforms are supported; those wanting to exploit religious or tribal differences are not. And virtually in every country surveyed, opinions of the West, particularly the US, Europe, and the UK, are surprisingly positive.”

Unfortunately, he added: “Western attitudes are lagging. We still think of the region as backward, intractable, and irredeemably hostile to us.

“And, whilst of course, there is evidence for those attitudes in parts of the Middle East, the polling shows they do not represent the majority.”

The risk for the West, he warned, was that “our outdated misconception of what people in the region really think leads us to disengage at the very moment where there is an opportunity for us to partner the region and its modernizing elements, for the benefit not only of the region itself but for our own security.”

The institute’s report points to social developments in Saudi Arabia as an example of “the new Middle East’s shared vision for change,” but concludes that this vision and the progress it has already brought about has so far failed to register in the Western consciousness.

More than half of those polled in the West believe that people in the Middle East do not share the same values as them, such as support for secular politics, and respect for difference and freedom of expression.