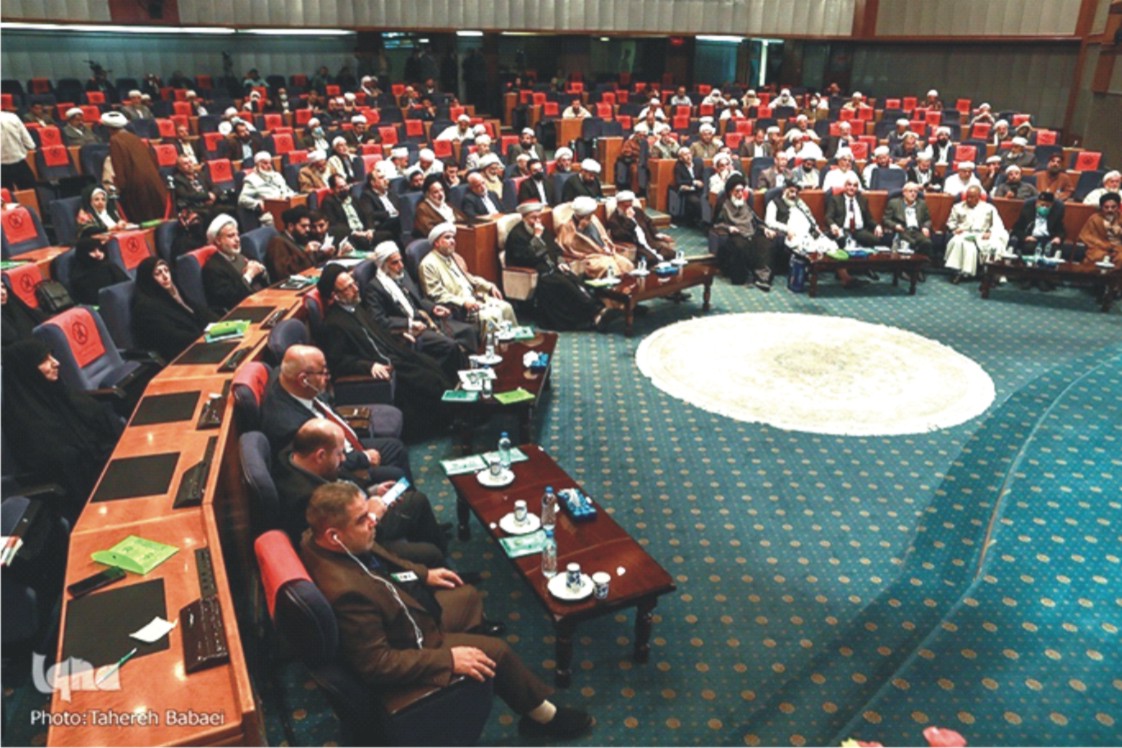 TEHRAN (IQNA): The 36th International Islamic Unity Conference wrapped on Friday 14, October 2022 as participants issued a statement stressing the need to establish peace and avoid conflicts in the Muslim world.

This conference was held at a time when all countries and especially the Islamic nations more than any time before require peace and justice. The objective behind the mission of the Holy Prophet of Islam, may God’s prayers and peace be upon him and his household, was to promote Islamic morals in society and to teach justice and peace to the world, and he was a model of peace and brotherhood who encouraged Muslims to be brother, friend and avoid conflict under any circumstances. Undoubtedly, referring to the manner of the Holy Prophet (SA), would bring about justice and peace and avoid division in the Islamic world.

The World Forum for Proximity of Islamic Schools of Thought organized the 36th Islamic Unity Conference titled “Islamic Unity, Peace and Avoidance of Division and Conflict in the Islamic World” with an emphasis on implementation solutions and practical measures.

In the articles, speeches, discussions, and exchange of opinions among the participants of this round of Unity Conference, the following topics were examined:
1. Intellectual and religious freedom and acceptance of religious ijtihad
2. Confronting the flow of takfiri and extremist ideologies
3. Islamic empathy and avoiding conflict and strives
4. Mutual respect among Islamic denominations and respecting the norms of disagreement and avoiding affront and insult
5. The project of the unified Ummah and the union of Islamic countries and providing practical solutions to create a united Islamic Ummah

Here are the common points made and emphasized by scholars attending this conference in their speeches and exchanging of views:
1. The current state of the world requires that political decision-makers from all intellectual, scientific, and media groups, strive to extinguish the flames of aggressive wars and work for the establishment of just peace throughout this planet. Achieving this goal requires sincere international cooperation and away from any pressure and threat, as well as the non-interference of enemies, who have used all their efforts to cause sedition and war in the world.
2. The crisis caused by war, conflict, and terrorism in the world, especially in the Islamic countries, along with the mismanagement and incompetence of the international community to deal with these crises, requires action by the Islamic countries to solve these problems. The only way to eradicate terrorism is to dry up the resources that feed this phenomenon with money, weapons, and extremist and backward ideas, and achieving this requires comprehensive awareness of the Ummah.
3. It is essential to promote the concept of Islamic brotherhood among Muslims in Islamic and non-Islamic countries, and future generations should be educated based on this concept. And the only way to realize this Islamic and human duty is to remove hatred from the hearts because brotherhood cannot be combined with sectarian grudges, racism, and selfishness. God has mentioned this issue in the Holy Qur’an and says: “As brethren they will be upon settees facing one another”.
4. The participants in this round of the conference, while calling for increased scientific dialogue among the scholars and religious and cultural activists of the Islamic world, emphasized the necessity of exposing the ways the hegemonic system employs to destroy the Islamic brotherhood and promote terrorism. They also considered it necessary to elaborate on the tactics of confronting the domineering system and to make maximum use of the influence of the religious and social leaders of Islamic countries.
5. The guests of the conference, while paying attention to the Palestinian issue as the central question of Islam and the world, emphasized that establishing peace, security, and stability in the region and the world is possible only by destroying the center of global crises, namely, the global Zionism and its cancerous tumor of Israel.
6. The scholars present in this conference termed the normalization of relations with the Zionist regime as a great betrayal of the Palestinian people and emphasized that the regrettable rushing of some countries in normalizing their relations with the Zionists has encouraged this usurping regime to become more arrogance, cruel and aggressive. They also asked the authorities of these countries to reconsider their positions and called on the people of these countries to declare their positions regarding this humiliating action.
7. The guests of this conference, while expressing their devotion to the resistance groups, asked Islamic countries not to withhold their help and support from the resistance groups, because these groups are the source of honor and dignity for the Muslims in the world.
8. Regarding the unveiling of the book “Unity in the Intellectual System of the Supreme Leader” and the book “Islamic Future-Civilization in the Light of Imam Khamenei’s Thoughts” at the opening ceremony of the conference, the guests of the conference emphasized the need to pay attention to the outstanding and comprehensive views of Grand Ayatollah Khamenei, as the pioneer of unity and proximity in the Islamic world and thanked the Supreme Leader of the Islamic Revolution for his continuous emphasis on the interconnection of unity and the new Islamic civilization, as well as the necessity of moving towards the establishment of the new Islamic civilization, as the most important objective of the Islamic Ummah.
9. The innovative proposal by the Secretary-General of the World Forum for Proximity of Islamic Schools of Thought titled “Union of Islamic Countries” explaining the conceptual model of this union, was widely welcomed by the participants in this conference and they called for the establishment of a committee to draw up a practical plan for setting up the “Union of Islamic Countries”.
10. The participants of the conference, based on its topic about cultural development, called for the following:

1. Raising the level of awareness of Muslims in various fields, especially about understanding Islam and its teachings and goals.
2. Raising the Islamic generation based on the culture of resistance and dignity with emphasis on the positive role of women and youth and other groups in society
3. Helping Islamic minorities in different countries of the world to preserve their identity and perform religious rituals and strengthen their role in society while respecting the rights of non-Muslims in Islamic communities
4. Creating a suitable platform for Cooperation and helping the needy in the Islamic world.

And also, in the area of research and thinking, the following issues were emphasized:
1. Expanding the concept of moderation through an understanding of the Islamic Laws (Sharia) taken from the Holy Quran and the noble tradition of the Prophet
2. Deepening the concept of proximity in various research works
3. Developing the logic of dialogue between Muslims
4. Strengthening proximity studies in universities and research centers by establishing academic groups and increasing scientific messages and developing specialized scientific exchange
5. Examining solutions for cooperation and synergy in various scientific, political, social, and economic fields in the world of Islam.