Noted Islamic scholar, Dr Muhammad Tahir-ul-Qadri has launched a “counter-terrorism” curriculum to combat the message of Islamist extremist groups such as Islamic State (IS), in an effort to stop young people becoming radicalised. 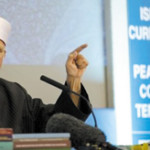 Mumbai: Five years after he grabbed headlines globally with his acclaimed 2010 book “Fatwa on Terrorism and Suicide Bombings”, noted Islamic scholar Dr Muhammad Tahir-ul-Qadri has come out, with what he calls the “first” Islamic counter-terrorism curriculum. Targeted at school and university students, imams and clerics initially across the UK and Pakistan, it was launched in London last fortnight. Dr Qadri said the curriculum is part of the campaign to dissuade vulnerable teenagers from travelling to Iraq and Syria to join the jihadist outfit ISIS.
“It took me five years to prepare this curriculum which takes the dangerous and un-Islamic ideology of ISS head on. The books draw heavily upon Quranic verses and traditions of the Prophet to expose ISIS and other militant groups who have absolutely no authority or legitimacy for setting up an “Islamic State. ISIS is an enemy of humanity,” said Dr Qadri whose initiative Minhaj-ul-Quran International is engaged in working against terrorism and for peace across the world.
Ever since four youngsters from Kalyan (Mumbai) joined ISS, a need has been felt here too to de-radicalise the potential recruits of ISS in India. “Yes, after the London launch of the curriculum, we will launch it in Islamabad in July 2015. I am very much interested to take this project to India as well and am interested to collaborate with a like-minded organisation,” said Dr Qadri.
When asked if British schools and universities will adopt his curriculum, Dr Qadri said he had invited decision makers from different walks of life, including academics, senior intelligence and police officers, senior government officers, to the launch to understand its importance. He has also trained 50 young British Muslims in the curriculum who counter the jihadist ideology of ISIS, online.
Several clerics and imams have already endorsed the curriculum and will soon start teaching it at many schools and madrassas in the UK and Pakistan. “Military experts suggest carpet bombings of militant camps to end terrorism. Now through this curriculum, the dangerous mindset will be countered ideologically which is better and durable solution than bombs and guns,” said Mumbai-based Rafeeq Ahmed Khan, president, Minhaj-ul-Quran International (India chapter).
(Source: TNN)