Cow Vigilantism and Mob Lynchings – Will This Campaign of Hate Stop?

Islamic Voice 0 August, 2018 12:00 am
Hajj Guide in Urdu on the Web
B.lore Boy lands job in CERNER Corp.
Eye on target is the way to success: Syed Mustafa Hashmi 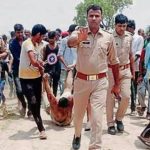 The death of Rakbar alias Akbar at the hands of the cow vigilantes in Rajasthan’s Alwar district has once again highlighted the sinister campaign to promote hate and polarize people on religious lines prior to the 2019 General Elections that are just nine months away. There have also been cases of individuals being killed on suspicion of being child-lifters. It is rather bizarre that this happened despite the Supreme Court having reminded the Government that maintaining law and order and protecting the lives of the citizens is the prime duty of the Government and that it should not allow the mobs to take the law into their hands. The Hon’ble Court even directed the Government to bring in a legislation within four weeks to punish criminals carrying on mob lynching.
All that the Union Government has so far done is that it has constituted a Group of Ministers (GoM) to look into the issue even as Union Minister from Jharkhand was seen publicly felicitating the convicts who were bailed out by the High Court. It is useful to be reminded that the convicts were undergoing the sentence in a jail and the High Court had not acquitted them of the charges of killing people they suspected to be trafficking cows.
Statistics from the National Crime Record Bureau reveal that since January 1 this year, rumours linking people to trafficking cows and being child-lifters have caused 69 incidents of mob attacks, resulting in 33 deaths. Between 2014 and 2018 (during the current BJP rule), 84 incidents of mob lynchings have taken place, in which 33 persons have been killed. Of these, 56% attacks were against Muslims and 11% attacks were against Dalits. For others data for social components is not available. Till July 2017, of the 28 killed in the name of cow protection, 24 were Muslims. 97% attacks happened during the tenure of the present Union Government.
Since January 1 this year, 69 incidents have taken place, in which 33 people have been killed by mobs on suspicion of being child-lifters. In 2017, 152 people fell victim of lynching by cow vigilantes in 37 incidents. Of the victims, 11 were killed. In 2018, so far 15 people have been victims of mob violence from cow vigilantes in eight incidents. Four of the victims were killed. Between 2010 and 2013, only two incidents of mob lynching related to cow vigilantes were reported.
Mr. Rajnath Singh was right when he said that Sikhs were victims of mob lynchings in 1984 and that the current incidents were not unique. But the Minister forgot to refer to Gujarat violence in 2002, when hundreds of individuals were lynched and burned by violent mobs.
The Government cannot abdicate its responsibility to protect the lives, property and honour of citizens by linking the blame of slaughtering of cows or consumption of beef to Muslims. One could very well question this argument by asking as to why the governments in Goa and several North Eastern states have not banned slaughtering of cows and sale and consumption of beef. Is it not a fact that in several of these places, it is BJP which is ruling the states. n