A recent research study says that Muslim countries have failed to apply Quranic teachings of fairness, justice, equity, thrift etc to economic policies. These principles are more in evidence in economy and businesses in the Western countries, which fare better on ‘Economic Islamicity Index’. 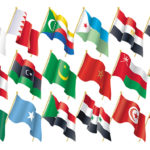 By A Staff Analyst

A research study by the George Washington University finds that it is Western nations which apply Islamic principles in economics and business more than the countries that are known to be ‘Islamic’ or ‘Muslim’ either by their demography or Constitutional declaration. The two researchers of the University who carried out the study titled “An Economic Islamicity Index” (or EI2 for short) picked up 208 nations to rank them on an Islamic Economic Index. They placed Ireland on the first place, followed by Denmark, Luxembourg, Sweden, United Kingdom, New Zealand, Singapore, Finland, Norway and Belgium. Almost the entire European Union (EU) countries, Japan, Korean Republic and even Israel are shown to be more committed to Islamic principles in dealing with economy and business than any Muslim country. Malaysia is the first Muslim country in the list, at the 33rd place in the ranking of 208 nations.
The study was carried out by Scheherazade S. Rehman and Hossein Askari at the Washington DC based George Washington University and was published in the Global Economic Journal (vol. 10, issue 3). Scheherazade is Professor International Finance and Professor of International Affairs and Askari is Professor of International Business and International Affairs. The study is part of the larger ongoing research project and focuses on developing an Economic Islamicity index or EI2 gauging countries on this basis.
Interestingly, India is placed at 97th rank, while Pakistan and Bangladesh, two neighbouring Muslim-majority countries, are placed at the 141 and the 145th rank. The United States occupies 15th place, while the Russian Federation and China are placed 45th and 62nd. Some Muslim countries that are better placed in the ranking are Kuwait (42), Kazakhstan (54), Brunei (55), Bahrain (61), UAE (64), Turkey (71), Tunisia (72), Jordan (74), Azerbaijan (80), Oman (82), and Lebanon (87). Saudi Arabia occupies the 91st place. Indonesia, with the world’s largest Muslim population, is ranked 104th.
One should not mistake Economic Islamicity with interest-free banking alone. Organized religions impact personal behavior as well as economic behaviour, such as work ethics, compliance of contracts, trust building, thrift (practicing austerity) etc. The study applies a broad spectrum of Quranic and Islamic principles on ways economy and business is conducted in the countries concerned. It delineates three principal goals of an Islamic economic system:
(a) Achievement of economic justice and achievement of sustained economic growth
(b) Broad-based prosperity and job creation
(c) Adoption of Islamic economic and financial practices.
These three central teachings of Islamic economics have been disaggregated into twelve areas of fundamental economic principles, which are:
1- Economic opportunity and economic freedom,
2- Justice in all aspects of economic management i.e., property rights and the sanctity of contracts (Quran 2: 188 and 4: 29)
3- Better treatment of workers, including job creation and equal access to employment
4- Higher education expenditures relative to GDP, including equal access to education.
5- Poverty eradication, aid, and providing basic human needs, no hoarding of wealthy i.e., economic equity and less opulence in consumption.
6- A more even distribution of wealth and income.
7- Better social infrastructure and provision of social services through teaxation and social welfare,
8- Higher savings and investment rates i.e., management of natural and depletable resources
9- Higher moral standard, honesty and trust exhibited in the marketplace and in all economic interactions, i.e. less corruption (with reference to Quran 13: 11, 17: 16)
10- Islamic Financial System i.e, risk-sharing, as opposed to debt contracts, i.e., a supportive financial system and elimination of speculation (with reference to Quran 2: 275, 276)
11- Higher trade/GDP, higher foreign aid/GDP and higher degree of environmental preservation and vigilantly -supervised markets.

What is an ‘Islamic Country’?
The study notes that identifying a country as ‘Islamic’ is a complex exercise as some countries have declared themselves as ‘Islamic Republics’, some have merely declared Islam to be the ‘State Religion’, while others have stated Islam to be the primary religion. A few others do not take any stand on this issue but are members of the 56-member Organisation of Islamic Conference (OIC) merely because more than 50% of their people are Muslims.

Why the need for Economic Islamicity Index?
The authors argue that sociologists agree that religion is a force that influences an individual’s financial decisions, although the economy falls into the realm of secular governance. The authors conclude that “These very preliminary results would indicate that the so-called and self-declared Islamic countries have not by-and-large adhered to Islamic principles.” The average ranking of ‘Islamic’ countries is 133 for the group of 56 ‘Islamic’ countries. ‘Islamic’ countries as a whole did not fare very well in an index that measures the degree of economic Islamicity.
The study says that although the total population of the 56 OIC countries is about 1.5 billion (around 22% of the world population), they currently generate only 6% of the world’s GDP and 9% of global exports. The average OIC per capita income was $3,600 while the average of the rest of the developing world was about $5,600 (2006 figures). Another measure of the disappointing level of economic development in the ‘Muslim world’ is the fact that the OIC’s GDP was $3.2 trillion (2007 figures) whereas that of the US alone stood at $13.9 trillion. The study attributes the low level of economic development to age-old problems of the developing countries such as failure of governance, inefficient institutions, high level of corruption, etc, which have nothing to do with Islam. The authors conclude that “it is our belief that most self-declared Islamic countries have not adopted economic and financial policies that are in conformity with Islamic teachings”.