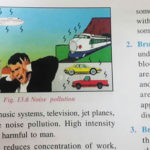 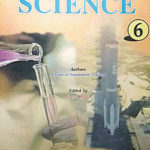 New Delhi: In a clear case of Islamophobia, a book published by Selina Publishers of Daryaganj, New Delhi has used the picture of a Mosque in one of the pictorials while explaining the sources of noise pollution.
The book is called Integrated Science for 6th standard students of ICSE. It is crucial to mention that ICSE does not publish its books like CBSE or other state boards; rather it outsources books from various privately-owned publishers.
The picture shows a man standing between various sources of pollution which are airplane, a fast moving train, couple of four wheeler vehicles and a mosque which is shown to emit sound causing noise pollution.
The book is edited by SK Bhasin and is claimed to be written by ‘A team of experienced teachers’.
The matter came into the light after a father circulated a message on Whatsapp regarding the same. The father, whose name is not clear as message gone viral without any identity of the sender, saw the book of her daughter studying in 6th standard and noticed the anomaly.
The message reads: “I was also quite furious looking at the image myself. What message is the image trying to give? What is it doing in a little child’s textbook? what is it doing to such tender impressionable minds? Aren’t these minds supposed to be the future of my country? Why did they choose only this religion for the image?””
TwoCircles.net contacted Selina Publisher’s current editor BK George over the same controversy. George, who pointed out that he was not the editor at the time book was published, admitted that it is a mistake but not deliberate. He said, “We have discontinued the book but a lot of its copies have already been circulated. But we can assure you that the mistake will be removed completely from the book. We don’t want to hurt any sentiments.”
Extracted from twocircles.net