Islamic Voice 1 June, 2015 12:00 am
Cases of 300 Women in Crisis Handled in a Year
Karnataka Minority Commission to Set Up Legal Cell
Punjab Wakf Board: A Silver Lining in the Dark Clouds

Schools managed by old Muslim bodies are falling behind while the schools set up by entrepreneurs are doing well. It does not bode well for the community’s collective image. 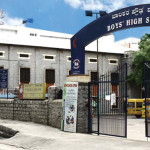 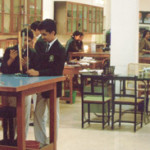 The results of the SSLC exams in Karnataka have heartened everyone. The students have performed extraordinarily well with 82% passes. Even the performance of Muslim students and Muslim managed schools has been unprecedented. Faces of good many Muslim students have figured among above 80% and 90% rankers appearing in the mainstream media. This is in stark contrast to previous years when such a quest yielded little.
Bengaluru has nearly 400 Muslim-managed high schools. Except three of them, all others impart instructions in English medium. A good many of them would not like to identify themselves as Muslim minority schools and do not even attempt to invite a minority tag. A considerable number among them have more students from non-Muslim communities and employ teachers from all communities. Having been set up with entrepreneurial spirit, they see no benefit in identifying themselves with any particular community, let alone a minority. But the fact is that a sizeable number who operate in Muslim dominated localities, get associated with the minority either by sheer number of Muslim minority students enrolled there or by the very nature of their name, or the distinct identity of the management.
Not merely this. There are also schools that are neither owned nor managed by the Muslims but have a majority of Muslim students. The current situation is that”to speak plainly”if a Muslim family has resources it can get admission for its child in any school, owned by any community. If it has limited resources, it mainly looks at Muslim managed school with some quality. If no resources, it has to depend on Government-aided minority schools run by minority managed trusts/ societies or Government-run schools where the academic standards are pathetic and performance nothing to write home about.
Overall the educational profile of the community has improved. Not only that more students are appearing for 10th Board exams, but even improving in ranks. There are Muslim rankers from schools run by other communities as well as non-Muslim rankers from Muslim managed schools. This is truly characteristic of a cosmopolitan society.
In this issue of Islamic Voice we have tried to survey the performance of Muslim managed schools through the prism of latest SSLC results that were announced on May 10. Nearly 150 high schools were contacted for the purpose. This is not say that merely SSLC performance is an index of the academic achievement. What we mean to say that it is the only publicly available measure of judging the overall performance of a school.

Disgraceful
A notable trend is that Muslim-managed schools run by the private trusts, societies and individuals are doing better than the ones run by prominent Muslim organizations such as Central Muslim Association of Karnataka, or various Anjuman Islams in Hubli-Dharwad-Belgaum area. For instance, our effort to obtain the performance data from the Central Muslim Association (CMA) in Bengaluru for its three high schools failed as the Association was shy of putting it in the public domain. It does not have a website even though it is located in the city that has earned the sobriquet of Silicon Valley of India. General Secretary Dr. Zaheeruddin did not have the data with him. He directed us to office secretary Syed Abdul Wajid who said the data had not reached him. That was even ten days after the results were out.
Our effort to reach the concerned schools over phone failed as no one would receive the calls. Even sending a representative did not yield the result as he was turned away with the plea that the school staff were busy with new admissions. The data provided by two different teachers employed in two of the schools located at Mominpura, had such wide variations that it could not be taken for reliable.
The CMA is the oldest existing body representing the community in Karnataka. It has a vast paraphernalia of office, staff and communication tools. It is amazing that that it could not gather the data from three schools it runs. What use having such a paraphernalia when it does not have the relevant data.
Similar plight visited us while accessing data about Quwathul Islam High School on Borebank Road. It is a very old school and has celebrated its gold jubilee two years ago. During its halcyon days, the School used to have 100% passes and more than half scoring first class. But things have changed. Several good schools have come up in the Cantonment area and children from affluent families are drawn by them. The Quwathul Islam, being a Government-aided school, has to survive upon residual children from underprivileged families. Its principal Mr. Ahmadullah Baig could only inform us about the overall percentage of passes while promising to provide other data on reaching the school. But later effort to access him failed.

Constraints are Known
The constrains a public institution like Central Muslim Association faces in running the schools is understandable but their reluctance to display the performance in public is not. Privately managed institutions resort to various stratagems to hide the reality. For instance, it is common knowledge that such schools do not send the students faring poorly in internal assessment through their own schools for public exams. Such students are made to appear from other schools, often through Government schools. This naturally boosts their performance in public exam. But an institution like CMA or Quwathul Islam cannot afford this. Being more representative in character, they insist on being above board, come what may. They thus are open to public criticism in the event of poor performance.

Shining Success of Anjuman-e-Islam
But the fact remains that these institutions reflect the collective image of the community, not the private schools. They need to pull up their socks and initiate measures to enhance the performance. For instance, the three schools run by the Anjuman Islam in Hubballi (formerly Hubli), which were performing miserably till a decade ago, have improved their performance extraordinarily. Nearly 1,000 of their students appeared for SSLC exams this year, Two of these schools have achieved 98% passes while the third one has attained 88% success. It will be worth probing as to what brought the turnaround. Even their office staff were found highly responsive and their website well-endowed.

Revive the Old Institutions
It is time the collective efforts are made to revive the fortunes of traditional Muslim institutions like Central Muslim Association and new soul is blown into them. Their contribution in uplifting the underprivileged class of the community will be immensely valuable. Their resources are vast and the community is judged more by what they do, not the private individuals.