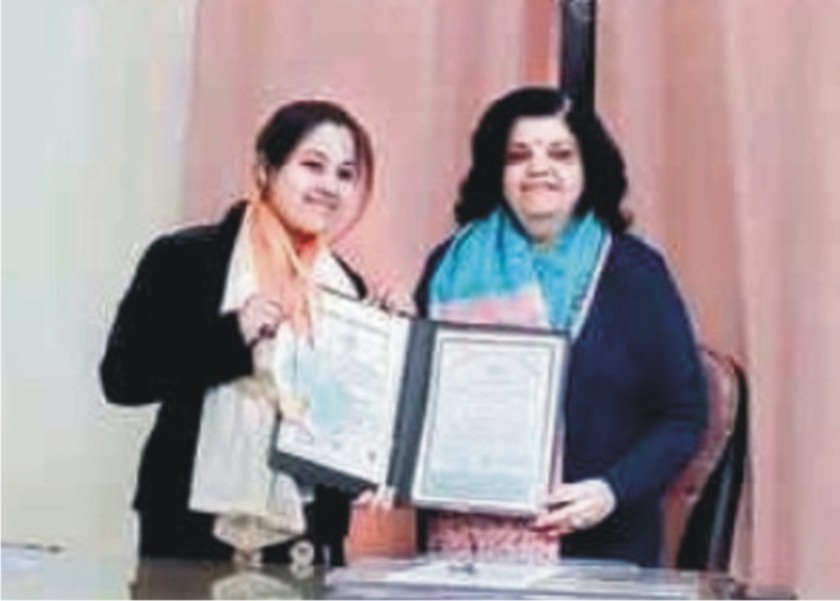 Lucknow: A Muslim girl from Lucknow University (LU) has been awarded five prizes for being the top MA Sanskrit student. The University announced Ghazala’s name during its convocation ceremony in November; however, owing to Covid-19, only a few students received medals during the ceremony. During a faculty-level medal distribution ceremony, Gazala was presented with the awards by dean arts Prof Shashi Shukla.

Ghazala, the daughter of a daily wager, speaks five languages: English, Hindi, Urdu, Arabic, and Sanskrit. She struggled to finish her schooling after her father died in Class 10.

“These medals were acquired by my brothers, Shadab and Nayab, who dropped out of school and started working in a garage at the ages of 13 and 10 years, respectively, so that I could continue to study,” Ghazala explained.

Yasmeen, her older sister, started working in a utensil shop while her mother, Nasreen Bano, took care of the family.

Ghazala lives in a one-room residence with her family, rises at 5 a.m. to serve ‘namaaz,’ completes all household tasks, and studies Sanskrit for over seven hours each day. She wants to be a professor of Sanskrit.

Her interest in Sanskrit, she says, began in Class 5 in a government primary school in Nishatganj, where her teacher taught her the language. “People who wonder how I gained a love for Sanskrit as a Muslim are often surprised by my understanding and interest in the language. They ask me what I want to do with it, but my family has always been supportive,” Ghazala said. Gazala is presently interested in pursuing a doctorate in Vedic literature.