Muslim representation dips to an all time low 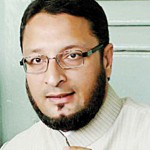 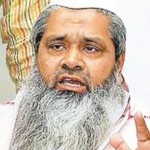 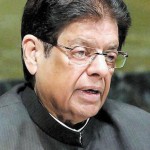 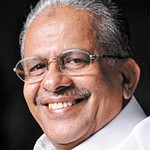 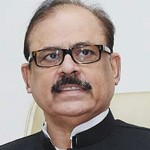 Muslim representation in the Sixteenth Lok Sabha has dipped to its lowest so far at 22. Last Lok Sabha had 33 members. Surprisingly, Uttar Pradesh from where as many as seven to eight Muslims used to make it to the Lok Sabha on an average, has no Muslim representative this time. The Bhartiya Janata Party (BJP) which won 71 out of 80 seats from UP, did not field any Muslim candidate. In most of the Western UP Muslim dominated seats such as Rampur, Bahraich, Amroha, Sambhal, Moradabad, Aligarh, Farrukhabad, Bulandshahar etc, two or more Muslim candidates were contesting against the BJP candidate which made the latter’s task easy to win through the division of votes. Such has been the BJP’s sweep in Uttar Pradesh that several prominent candidates representing parties like the Samajwadi Party, Bahujan Samaj Party and the Congress were swept away like the debris. External Affairs Minister Salman Khurshid was placed fifth from Farrukhabad constituency. Rampur where Muslims account for 49% of the electorate has also gone to BJP. At least 17 Muslims have ended runner-up in as many constituencies in the States. Prominent Muslim candidates such as cricketer Mohammad Kaif (who was fielded from Phulpur by Congress) do not even figure among the runners-up. In Rajasthan, cricketer Mohammad Azharuddin lost to the BJP rival from Tonk-Sawai Madhopur seat. Rajasthan had elected just a single Muslim during all the 16 elections held for the Lok Sabha since Independence.
The Hindi heartland where the BJP’s performance has been most spectacular, has no Muslim MPs from Delhi, UP, Madhya Pradesh, Chhattisgarh, Rajasthan, Uttarakhand, Jharkhand and Haryana. Bihar is an exception from where four Muslims could get elected. The All Assam United Democratic Front (AIUDF) in Assam formed in the wake of Assam agitation increased its tally from one to three MPs in 2014 polls. Curiously, the party has now a non-Muslim MP too representing the Karimganj Lok Sabha constituency which is predominantly Muslim electorate, but is reserved for the scheduled castes (SC). Dr. Radheyshyam has been elected this time round on AIUDF ticket.
BJP’s only Muslim candidate in the entire Hindi belt Shahnawaz Hussain lost the election from Bhagalpur at the hands of an RJD candidate. Mahbub Ali Kaiser from LJP elected from Khagaria is the only Muslim representing a component of the NDA in Lok Sabha.
Muslim MPs in 16th Lok Sabha
Asaddudin Owaisi, AIMIM Hyderabad (Andhra Pradesh)
Sirajuddin Ajmal AIUDF Barpeta (Assam)
Badruddin Ajmal AIUDF Dhubri (Assam)
Tasleemuddin RJD Araria (Bihar)
Tariq Anwar NCP Katihar (Bihar)
Ch. Mahbub Ali Kaiser LJP Khagaria (Bihar)
Md. Asrarul Haq Congress Kishenganj (Bihar)
Mahbooba Mufti PDP Ananthanag (JandK)
Muzaffar H. Baig PDP Baramullah (JandK)
Tariq Hamid Karra PDP Sringar (JandK)
Muhammad Faizal PP NCP Lakshadweep Islands
E. Ahamed IUML Malappuram (Kerala)
E. T. Mohd. Basher IUML Ponnani(Kerala)
M. I. Shahnavas Congress Wayanad (Kerala)
Idris Ali Trinamool Basirhat (West Bengal)
Dr. Mamtaz Sanghamita Trinamool Burdwan(WB)
Abu Hasem Khan Ch. Congress Malda Dakshin (WB)
Mausam Noor Congress Malda Uttara (WB)
Badruddoza Khan CPIM Murshidabad (WB)
Md. Salim CPIM Raiganj (WB)
Sultan Ahmed Trinamool Uluberia (WB)
Anwar Raajha AIADMK Ramnad (Tamil Nadu)
Going by the list, Muslim League’s E. Ahamed, MIM’s Asaduddin Owaisi, Congress’ Maulana Asrarul Haq and AIUDF’s Badurddin Ajmal, and PDP’s Mahbooba Mufti will be the prominent Muslim faces in the 16th Lok Sabha.
13 Muslims in AP Assembly Election: Twelve Muslims were elected to the Andhra Pradesh Assembly in the elections held simultaneously with Lok Sabha polls in April-May. The Majlis Ittehadul Muslimeen (MIM) retained its old tally of seven by getting elected all its MLAs from the seats in Hyderabad, five more were elected from other constituencies. Of these, four are Yuvajana Sramik Rythu Congress (YSRC) and the fifth is from the Telengana Rashtra Samiti (TRS). MIM represents Karwan, Malakpet, Nampalli, Yakutpura, Bahadurpura, Chandrayangutta and Charminar. The Muslim MLAs from YSRC were elected from Kadapa, Kadri, Vijayawada West and Guntur East. The lone TRS member has been elected from Bodhan.
As reorganization of Andhra Pradesh into Telengana and Seemandhara states gets into effect on June 2, the Telengana Assembly will have nine Muslim MLAs (7 from MIM, and one each from YSRC and TRS) and Seemandhara Assembly will have three, all from YSRC.
Lone Muslim in Odisha Assembly: Only a lone Muslim was elected to the Odisha Legislative Assembly during the polls held simultaneously with Lok Sabha election. Ayub Khan was elected on Biju Janata Dal ticket from Kantabanji constituency. Muslims represent just about one per cent of population in Odisha.