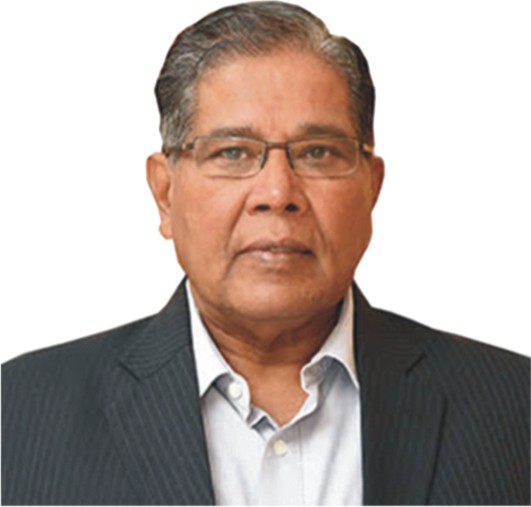 New Delhi: The venerable politician K. Rahman Khan, a member of the Indian National Congress and a former Union Minister for Minority Affairs and Ex-Deputy Chairman of the Rajya Sabha, has been named by the Delhi-based think-tank Institute of Objective Studies for its 10th coveted Lifetime Achievement Award. The award was established to recognise those who have made significant contributions to the advancement and development of society in a variety of sectors.

The award committee of the Institute of Objective Studies has put the seal on Rahman Khan’s name.

Rahman Khan was born 5 April 1939 in Mandya, then Mysore State, who established his credentials as an accountancy professional before his desire for helping the public at large moved him into politics. Rahman Khan graduated in business and is a fellow chartered accountant and a D. Lit. The Karnataka Legislative Council elected him as a member in 1978, and he advanced to become its chairman in 1982–84 and the head of the Karnataka State Minorities Commission (Cabinet level) in 1993–94. During his time as Karnataka Minorities Commission Chairman, his proposals led to a door-to-door assessment of the socio-economic status of minorities, which led to 4% reservation for minorities in State Government offices and educational institutions.

He was first elected to the Rajya Sabha (Upper House) of Parliament in April 1994 and re-elected in May 2000 for a second term. From May 2000 to July 2004, he served as the Deputy Leader of the Indian National Congress in the Upper House. He was appointed as the Minister of State for Chemicals and Fertilizers in the Union Cabinet before being chosen as the Deputy Chairman of the Rajya Sabha from 22 July 2004 to 2 April 2006. He was chosen to serve a third term in the Rajya Sabha in April 2006. In April 2012, he was made union minority affairs minister in the UPA government.

He established new standards for higher education for minorities through his affiliation with the Al-Ameen Education Society of Bangalore, which manages a number of reputable technical and other educational institutions. In addition to creating a reputable institution, he also gave the community as a whole a new direction and inspired them to create and promote educational institutions for themselves on a similar model over the course of the previous 50 years.

Recently, he has written a book on the Roadmap for Indian Muslims, which is being seen as important scholarly work. In view of the all-round services of K Rahman Khan, the award committee of the Institute of Objective Studies has decided to honor him with the 10th Lifetime Achievement Award this year. The date of the award will be announced soon.

The Lifetime Achievement Award was introduced by the Institute of Objective Studies in 2007. This award’s primary objective is to recognize those who have made noteworthy contributions to the disciplines of law, media, science, technology, literature, and other related fields. Encouraging and valuing their services in order to inspire the next generation and inspire more people to pursue their passions for becoming experts in their fields.