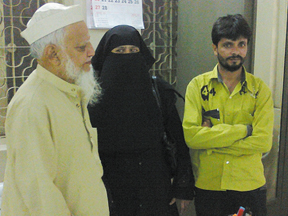 New Delhi: Muslims organisations have expressed skepticism over the Home Ministry’s proposal to set up special courts for speedy trial of Muslim youngsters falsely implicated in terror-related cases, terming the move, a “lollipop” for the community. Gulzar Azmi of Jamiat Ulama-i-Hind said the move has been made with an eye on next year’s elections. Home Minister, Sushilkumar Shinde, in a letter to Minority Affairs Minister, K. Rahman Khan said the ministry “strongly” backs the decision for establishing such special courts and promised strong action against officers responsible for such cases. Azmi said the government should ensure action against officers who implicate innocent Muslims. Echoing similar views, Masihuddin Sanjari of Rihai Manch said the government has made no serious efforts to address the issue. “There are fast-track courts functioning in several cities across the country, but so far, they have not yielded any results. We can hope they act, but honestly there is no hope,” says Sanjari. Mehtab Alam of People’s Union for Civil Liberties (PUCL) said the home ministry proposal was not very clear. “What the home ministry is talking about is still unclear, what kind of courts are going to be set up. We have seen in the case of Unlawful Activities (Prevention) Act, that even when there is a provision for special courts, none have been set up so far”. Students Islamic Movement of India’s (SIMI) former president, Shahid Badr said the central government should also take responsibility for such cases. “If the government believes that such cases do happen, then they should set an enquiry commission to look into them. Moreover, police is an institution under them, so the government is aware of such cases and are equally responsible,” says Badr. Abdul Rahim Qureshi, spokesperson, All India Muslim Personal Law Board stated: “The governments should have a mechanism to decipher between reliable and un-reliable ‘concocted’ evidence; and such a move will make no difference, if Muslims continue to be implicated on unreliable evidence.”