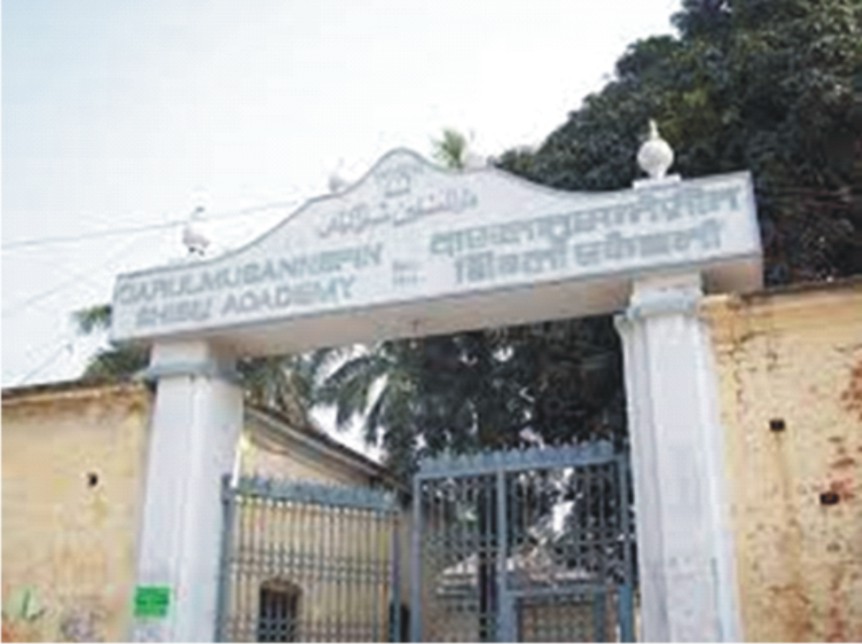 Azamgarh: The 107-year-old Dar Al Musnafin Shibli Academy denounced attempts to propagate false information to harm it and damage its reputation. It blamed the local group for running the cynical campaign on social media and print media to tarnish the image of Dar al-Musinfeen which wants to make the academy wrestling ring for petty politics.

In view of this, Nazeem Darul-Musnafin Dr. Zafarul Islam Khan issued a statement regarding its printing press.

He stated that the institution possessed three presses, one of which was a mini-offset press used for years to print everything, including Ma’arif. Two-century-old litho printing presses have been sitting idle for years because offset printing has rendered litho technology obsolete.

The printing press used to publish the Sirat-ul-Nabi has been preserved as a memento, while the third worthless machine which was merely rusting was sold for money. The decision to sell this idle equipment was made by the Moderator, the local members of the Majlis administration, and the Deputy Moderator. Using this as justification, efforts are being made to discredit the academy and give the community a false impression of the responsible academy, despite the fact that the press that is printing the false information is still present and safe inside the academy.

Dr Khan said a local group is behind this campaign that works hard to portray a poor image of the academy so that, like some other Avars of Azamgarh, local elements will try to enter the Shibli Academy and destroy it. The institution has consistently resisted such attempts because they would disturb the calm environment that has supported scholarly and creative work there. Academia has traditionally maintained its independence from local politics.

Some circles are also spreading the rumour that the academy hasn’t produced a book in a year. One may get a good indication of the veracity of this rumour by looking at the list of books that have been released in the last year and those that are ready for publication which is provided below. The following books have been published within a year:

In addition, the press is publishing new editions of “Al-Qalam” and “Sirat-ul-Nabi.” It is also important to note that Sirat-ul-Nabi, which comprises seven parts, will be printed for roughly one million rupees. In addition to this, Maarif Press of the Academy also publishes several textbooks and other works. To raise education to worldwide standards, steps have been done.

Apart from these books, the following books are ready to go to the press and will be given to the press as soon as the capital is arranged: (1) Musadar Sirat (2) Death of Maulana Ziauddin Islahi, (3) Makatib Syed Sulaiman Nadvi part. Second (4) Traditions of the Prophet’s life (5) History of Saaf Samawi.

The Academy’s campus mosque has just been beautifully expanded and decorated, and despite difficult financial circumstances, the entire campus is being cleaned. Six (6) residential apartments for Academy staff members are also under construction. With the assistance of the institution, a coaching centre for civil service and other competitive tests will shortly open on its campus.

After 107 years, the academy’s new constitution has been registered following the new regulations, allowing for greater representation. However, it will be made clear that the academy will not be permitted to serve as a platform for local politics. This institution has been in operation for a century as a result of this precaution. They wish to create the academy in the same way that some locals have created other local institutions, such as Akhara, but they have not yet had the chance, and God willing, they won’t in the future.

The readers should also be aware that within the same 12-month period, a sizable donation of Rs. 300,000 was made to the Maarif Corpus Fund. Despite the pandemonium, the administrators and students at the academy are grateful to Allah Almighty for providing him the confidence and chance to strive for the academy’s growth.