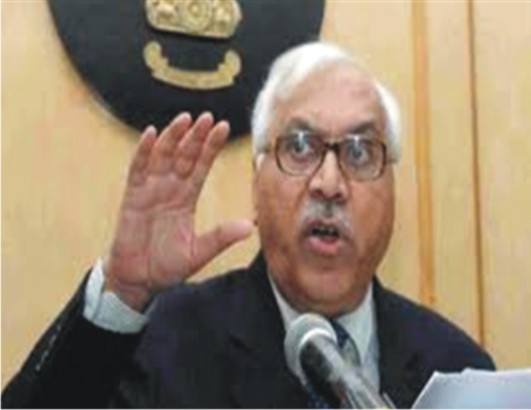 Will Muslims Outnumber the Hindus?

The Gokhale Institute of Politics and Economics, Pune, a premiere research institution in Population Science and Economics celebrated the World Population Day by inviting Dr. S.Y. Quraishi, Ex- Chief Election Commissioner of India, to deliver a lecture, “Population: Are Muslims Overtaking the Hindus?”

He averred that there are several myths being spread about the Muslim population in India, which are creating fear and hostility among the Hindus against the Muslims. He logically and scientifically dispelled the myths related to Muslim population growth by using the data from NFHS-4, NFHS-5 and Indian censuses as follows:

The first myth is that Muslims produce too many children and are solely responsible for the population explosion. It is true that the Muslims have the lowest level of family planning usage, only 45% and the highest TFR (total fertility rate) of 2.61, but the fact is that the Hindus are not far behind with the second lowest family planning use of 54.4% and the second highest TFR of 2.13 which the critics ignore. Further, between 1951 and 2011, the net increase in the Muslim population was 13.6 crores while that of Hindus was 67.6 crores. Also, the gap between Muslim and Hindu population increased from 26.7 crores to 80.8 crores.

The second myth is that the Muslim population growth is upsetting the demographic balance. It is true that the Muslim share in total population increased from 9.8% in 1951 to 14.2% in 2011 and that of Hindus declined from 84.2% to 79.8%. The Muslim population increased by 4.4 percentage points in 60 years. However, currently Muslims are adopting family planning faster than Hindus. The gap in their children is narrowing. From 1.1 in 1991 it has come down to 0.48. Thus, the demographic balance, already inconsequential, is getting arrested.

The third myth is that there is an organized conspiracy by Muslims to overtake the Hindu population to capture political power. Further, through a mathematical model, Prof. Dinesh Singh (former Vice Chancellor of Delhi University) and Prof. Ajay Kumar, have demonstrated that Muslims can NEVER overtake Hindus.

The fourth myth is that the Muslims are using polygamy for increasing their population. What is the fact? A Government study in 1975 found that all communities had some polygamy, but the Muslims were the least polygamous. Further polygamy is statistically impossible because the number of women for every 1000 men is only 940 in 2011 and 922 in 2020.

The fifth myth is that Islam is against family planning. He educated that nowhere, does the Quran prohibit family planning. There are only interpretations, both for and against. A number of verses in the Quran and Hadees emphasize quality over numbers, the health of women and children and the rights of children to good upbringing. In general, sterilization is prohibited, but spacing between births is not only allowed but also encouraged.

According to Quraishi, Islam, in fact, is the pioneer of family planning! He quoted Prof. Abdur Rahim Omran of Al Azhar University, Egypt: “It is a wonder to the thinkers of today that Islam should give so much importance to child spacing and family planning so early in human history and in the absence of compelling population pressures.”

For him it is not a Hindu-Muslim issue at all. He supports his argument with the following data: Fertility of all communities depends on socio-economic factors like literacy, income and delivery of family planning services. The level of these conditions differs from region to region. We observe large inter-state variations in fertility – lowest TFR in Kerala in 1.56 and the highest TFR in Bihar at 3.41. In 25 states, Muslims have a lower TFR than Hindus in Bihar. If religion was the factor, Muslims would have had the highest TFR in all the states. There is nothing like Hindu fertility and Muslim fertility. For example, the Muslim TFR ranges from 1.74 in Tamil Nadu to 4.11 in Bihar while that of Hindus ranges from 1.42 in Kerala to 3.29 in Bihar. He concludes that the high fertility of some communities in some regions is on account of regional socio-economic factors and not a religious factor.” For example, NFHS-4 data reveals that as educational level goes up TFR goes down from 3.06 to 1.71. Also, education delays the age at marriage, which in turn reduces TFR. With more income, fertility goes down. Non-workers exhibit more fertility compared to workers. As the family planning service delivery improves, TFR goes down. Services like ante-natal care, health infrastructure, family counselling etc. Play a very important role in reducing the fertility.