‘The Hague Court Verdict Means So Much to Us’

The UN’s top court has ordered Myanmar to do all it can to prevent genocide against the country’s ethnic Muslim Rohingya minority. A 17-judge panel at the Hague-based International Court of Justice (ICJ) said its order for so-called provisional measures meant to protect the Rohingya was binding “and creates international legal obligations” on Myanmar. Yasmin Ullah, a Rohingya activist who was in the court on Jan. 23, described the ruling, which warns that genocidal actions could recur, as historic. “Today, having the judges unanimously agree on the protection of Rohingya means so much to us because we’re now allowed to exist and it’s legally binding,” she said, adding that she did not think Myanmar would comply with the order.
Yasmin Ullah was born in Myanmar’s northern Rakhine state, and her family fled the country after the massacres of Rohingya Muslims in the 1990s. After arriving in Thailand in 1995, her family lived there without any legal protection and basic rights for 16 years. She is now based in Canada where she is pursuing a degree in political science. In addition, she serves as the President of the Rohingya Human Rights Network (RHRN) and works as a coordinator at the Free Rohingya Coalition.
(Extracted from arabnews.com)

January 27, 2020
More than 200 Christian leaders from across India have condemned the Citizenship Amendment Act 2019, and “brutal repress... More

Hindu-Muslim Harmony Under a Peepal Tree 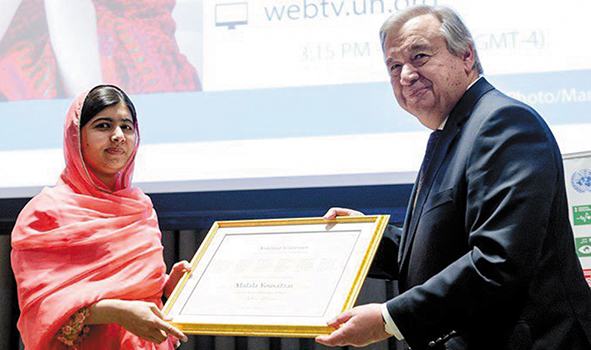