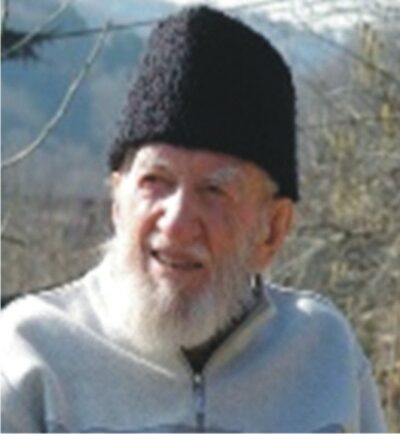 A prominent Syrian Islamic scholar and advocate for non-violence has died in Istanbul, Syrian media reported on 31 January 2022.

Jawdat Said, a 90-year-old critic of Syria’s Assad regime who graduated from Egypt’s Al-Azhar university, dedicated much of his life to advocating for what he called “non-violent Islam,” rejecting extremism and the use of violence even in self-defense.

Many activists referred to him as “the Arab Gandhi” for his peaceful activism.

Said held lectures and seminars in universities and cultural centers across the World – including in Iran, Turkey, Canada, and the United States – stressing that Islam was a religion of peace.

Among Said’s most famous works were ‘The Problem of Violence in the Islamic World,’ published in 1966, and his 2002 publication ‘Non-violence, the basis of settling disputes in Islam’.
Jawdat was born in 1931 in Syria’s Golan Heights – which was captured by Israel in 1967 – and left Syria in 2012 after the outbreak of the Syrian revolution in 2011.
Sayeedur Rahman

Sayeedur Rahman Nadvi, who heads the Bangalore-based Furqania Academy, passed away on 17 February 2022.

Sayeedur Rahman, born in 1966, was brought up in Chikkabanavara Town on the outskirts of Bangalore. After completing his modern education in Bangalore, Mr. Rahman moved to Lucknow to attain Islamic education from Nadwatul Ulama. He completed his Aalimiyat course from 1985-1990. Since then, he started getting involved in the academic work of Furqania Academy Trust alongside his father Allama Mohammad Shihabuddin Nadvi. In 2002, after the demise of his father, Sayeedur Rahman shouldered the entire responsibility of his family and that of Furqania Academy Trust. He became the General Secretary of the Academy and continued with his late father’s mission.

Sayeedur Rahman started his academic career by translating dozens of his father’s Urdu books into English. He then pens his own prestigious and pioneering Book on the alien’s passionate search. The book “Extraterrestrial Intelligence; Amazing New Insights from Qur’an” is a pioneering work in the realm of religion and science, seeking to build upon from where modern science stopped short in its passionate search for the aliens. The Book got published in “CreateSpace” in the United States of America and was hailed by dozens of Scientists from NASA and other parts of the World. The Book also received praise from several Islamic Scholars (Ulama) from around the World.

Mr. Rahman dedicated his short-lived life to the community by being at the forefront of all community works. He was actively involved with the Karnataka Muslim Muttahida Mahaz during several elections.

He was also an active member of the Muslim World League in KSA for over two decades.

He was regarded as the Kohinoor of the Community in general, particularly our family. He was the brightest star among the learned modern personalities and the religious ones.

He is survived by his wife, two sons Rasheedur Rahman, Mahmood Rahman and daughter Sadia Farhat persuing her Journalism & Psychology.