Noted educationist Maulana Mohammad Wali Rahmani breathed his last in Patna on April 3. He became the “Sajjada Nashin” of Khanqah Rahmani, Munger (Bihar) in 1991, after the death of his father, Sayyid Minatullah Rahmani. He served as Secretary-General of the All-India Muslim Personal Law Board (AIMPLB) and was Ameer-e-Shariat, or the head, of the Imarat-e-Shariah of Bihar, Jharkhand and Odisha. He was well-known for his efforts in the field of education through the organization Rahmani30, founded in 2008.

Scholar of Islamic Studies, Prof. Ishtiyaque Danish passed  away  due to a cardiac arrest recently. He was a member of the governing council of the Institute of Objective Studies, and a former professor in the Department of Islamic Studies, Jamia Hamdard, New Delhi.

Prominent Islamic scholar Prof K A Siddique Hassan passed away after a prolonged illness at his home in Kovoor near Kozhikode, Kerala. He was 76. A former vice president of the Jamaat-e-Islami Hind, he was the founder of the Malayalam daily ‘Madhyamam’.  Born in Kodungallur of Thrissur district in 1945, he received education from Rouzathul Uloom Arabic College, Farook, and Islamia College Santapuram. Later, he took a job as a college teacher. He authored and translated a number of books and contributed articles to different newspapers. 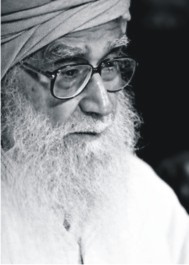 Internationally acclaimed Islamic scholar and thinker Maulana Wahiduddin Khan passed away in Delhi recently. Born in 1925 in a village in Azamgarh district of Uttar Pradesh, he authored numerous books on Islam, spirituality, and coexistence in a multi-religious society. He started the Urdu monthly Al-Risala in 1976, consisting of almost entirely his articles and writing. The English magazine ‘Spirit of Islam’, which was launched some years ago, consisted mainly of translations of writings by him. He was the founder of the New Delhi based Centre for Peace and Spirituality.

Former Bidar MLA Syed Zulfiqar Hashmi passed away due to kidney failure in recently at a Hospital in Hyderabad. He is survived by his wife, three sons and two daughters. He was elected to the Vidhana Sabha from the Bidar constituency in 1994 on the Bahujan Samaj Party ticket. Hashmi was the first BSP MLA from South India.

Hashmi had been undergoing dialysis for the past four months and was admitted to Asara Hospital in Hyderabad due to deteriorating health.

Founder member and former Board of Director of the Aligarh Muslim University Alumni Association, Greater Chicago, Dr. Abidullah Ghazi passed away on April 11, 2021. Dr. Ghazi was also the founder of IQRA Educational Foundation, which is a community project to teach Muslim children about their faith. Through Iqra Foundation, he authored more than 140 books in English, along with his wife Dr Tasneema Ghazi. His books are part of the syllabus in Islamic schools in more than 40 countries.

Dr. Ghazi was named among the “500 Most Influential Muslims in the World” by the Royal Islamic Strategic Studies Centre. He was a well-known Urdu poet and writer. He received his Master’s degree from the Aligarh Muslim University (in 1959), M.Sc. from the London School of Economics (in 1967), and PhD from Harvard University (in 1973). He is survived by his wife, Dr Tasneema Ghazi and five children. 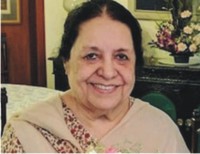 Fatima Rafiq Zakaria, a Padma Shri awardee, renowned journalist, academician and chairman of Maulana Azad Educational Trust and Khairul Islam Trust Mumbai, passed away at the Bajaj Hospital in Maharashtra’s Aurangabad due to age-related illness recently. She was 85. She was also the executive vice-chairman of the Board of Governors of the Trust’s Institute of Hotel Management which is run in collaboration with the Taj Group of Hotels. Ms Zakaria, who had played an eminent role in the field of education, was also honoured with the Sarojini Naidu Integration Award for Journalism in 1983. She was awarded the Padma Shri in recognition of her work in education in 2006.

Noted intellectual Maulana Abdul Momin Nadwi of Sambhal passed away on April 16, 2021. He was around 56 years of age. 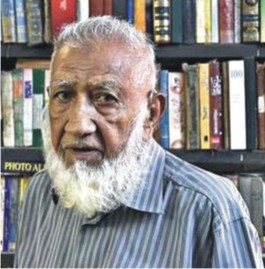 Noted Urdu writer and translator Syed Ahmed Esar, 98, known for his translations of classical Persian poetry of Allama Iqbal and Rumi into Urdu, passed away in Bengaluru recently.

A former Indian Forest Service officer, he worked as the Chief Conservator of Forests, Karnataka, and retired from service in 1980. Though his interest in classical Persian poetry began at a very young age and he began trying his hand at poetry adopting a pen name “Esar”, which he later added to his name, his first collection of translation was published only in 1997, 17 years after his retirement.

Persian poetry was his constant companion on lonely postings in the forests during his service. He translated the entire seven volume corpus of Allama Iqbal’s Persian poetry into Urdu. He next took up the challenge of translating Rumi’s 13th century magnum opus Masnavi of over 27,000 verses into Urdu. The work took up almost two decades of his life and the six-volume poem was published by the National Council for the Promotion of Urdu Language in 2019. He also published a collection of his own poems and an autobiography. He was given the Rajyotsava Award in 2017 and was the recipient of several literary awards.