How Muslim Inventors Changed the World

Islamic Voice 0 April, 2017 12:00 am
When Muslim Rulers Helped and Protected Hindu Temples
Saudi Regime Failing on all Fronts
How to Strengthen the Present Education System – The Old System of Education was Slow, but more Effective. 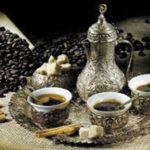 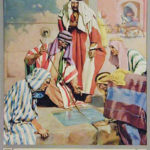 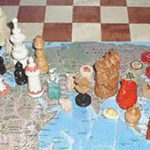 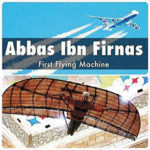 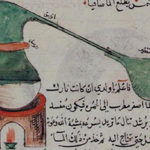 From coffee to cheques and the three-course meal, the Muslim world has given us many innovations that we in the West take for granted.  Here are some of their most influential innovations:
The story goes that an Arab named Khalid was tending his goats in the Kaffa region of southern Ethiopia, when he noticed his animals became livelier after eating a certain berry. He boiled the berries to make the first coffee.  Certainly the first record of the drink is of beans exported from Ethiopia to Yemen where some Muslims drank it to stay awake all night to pray on special occasions.  By the late 15th century, it had arrived in Makkah and Turkey from where it made its way to Venice in 1645. It was brought to England in 1650 by a Turk named Pasqua Rosee who opened the first coffee house in Lombard Street in the City of London.  The Arabic “Qahwa” became the Turkish “kahve” then the Italian “caffÃ©” and then English “coffee”.
The ancient Greeks thought our eyes emitted rays, like a laser, which enabled us to see.  The first person to realise that light enters the eye, rather than leaving it, was the 10th-century Muslim mathematician, astronomer and physicist, Ibn al-Haitham. He invented the first pin-hole camera after noticing the way light came through a hole in window shutters.  The smaller the hole, the better the picture, he worked out, and set up the first Camera Obscura (from the Arab word “qamara” for a dark or private room). He is also credited with being the first man to shift physics from a philosophical activity to an experimental one.

(3)  A form of chess was played in ancient India, but the game was developed into the form we know it today in Persia.  From there it spread westward to Europe “ where it was introduced by the Moors in Spain in the 10th century “ and eastward as far as Japan.  The word “rook” comes from the Persian “Rukh”, which means chariot.

(4)  A thousand years before the Wright brothers, a Muslim poet, astronomer, and engineer named Abbas ibn Firnas made several attempts to construct a flying machine.  In 852, he jumped from the minaret of the Grand Mosque in Cordoba using a loose cloak stiffened with wooden struts. He hoped to glide like a bird.  He didn’t.  But the cloak slowed his fall, creating what is thought to be the first parachute, and leaving him with only minor injuries. In 875, aged 70, having perfected a machine of silk and eagles’ feathers he tried again, jumping from a mountain.  He flew to a significant height and stayed aloft for ten minutes but crashed on landing “ concluding, correctly, that it was because he had not given his device a tail so it would stall on landing.  Baghdad international airport and a crater on the Moon are named after him.

(5)  Washing and bathing are religious requirements for Muslims, which is perhaps why they perfected the recipe for soap which we still use today.  The ancient Egyptians had soap of a kind, as did the Romans who used it more as pomade. But it was the Arabs who combined vegetable oils with sodium hydroxide and aromatics such as thyme oil.  Shampoo was introduced to England by a Muslim who opened Mahomed’s Indian Vapour Baths on Brighton seafront in 1759 and was appointed Shampooing Surgeon to Kings George IV and William IV.

(6)  Distillation, the means of separating liquids through differences in their boiling points, was invented around the year 800 by Islam’s foremost scientist, Jabir ibn Hayyan, who transformed alchemy into chemistry, inventing many of the basic processes and apparatus still in use today “ liquefaction, crystallisation, distillation, purification, oxidisation, evaporation and filtration. As well as discovering sulphuric and nitric acid, he invented the alembic still, giving the world intense rosewater and other perfumes and alcoholic spirits (although drinking them is forbidden, in Islam).  Ibn Hayyan emphasised systematic experimentation and was the founder of modern chemistry.

(7)  The crank-shaft is a device which translates rotary into linear motion and is central to much of the machinery in the modern world, not least the internal combustion engine.  One of the most important mechanical inventions in the history of humankind, it was created by an ingenious Muslim engineer called al-Jazari to raise water for irrigation. His Book of Knowledge of Ingenious Mechanical Devices (1206) shows he also invented or refined the use of valves and pistons, devised some of the first mechanical clocks driven by water and weights, and was the father of robotics.  Among his 50 other inventions was the combination lock.
(Extracted from www.islamreligion.com)