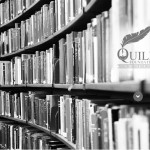 Quill Foundation is an autonomous institution engaged in research on access to rights and social justice for members of communities like the Dalits, tribals, Muslims, women, sexual minorities and other underprivileged communities. The Foundation was set up in 2015 by a group of leading legal luminaries and human rights activists within the country.
The Foundation looks into the cases of arrest, torture of people under terror charges”mainly Muslims and Adivasis”and their progress and conclusion into sentences or acquittals. It has taken cue from various cases in which innocent individuals were arrested on fabricated charges by the security agencies, charge sheets were filed on the basis of confessions extracted under torture and finally their acquittal due to inability to prove the charges in the Courts by the prosecution. Justice P. B. Sawant and Justice Suresh Hosbet are its patrons. Justice Kolse Patil, former IAS officer Harsh Mandar, former IPS officer Dharapuri, leading advocates Mahmood Pracha, Shuhaib, Ashok Agrawal, Yusuf Hatim Muchhala, N. D. Pancholi, Balan, Journalist Saba Naqvi, Prof. Ram Puniyani, Filmmaker K. P. Shashi, Professors Apoorvanand, Arvind Tiwari, Dr. Abdul Subhan, and spiritual leader and social activist Swami Agnivesh are on the advisory board. Ms. Manisha Sethi, journalist Ajit Sahi and Monica Sakhrani are on the editorial panel of the Foundation.

Social Audit
The Foundation has taken up the social audit and scrutiny of all the cases of arrests under all such draconian laws since 1993 across the country. It examines as to how the various laws are used to harass certain weaker sections of the society, how media reports these cases, and how the administration uses them to create social and communal polarization among the people. It also documents the details of the course of court cases viz, the narratives built up by the security agencies, the witnesses that they presented, if they were secret informers of the agencies, the veracity of the confessions in police custody, refusal of bail, hearing dates and their postponement, rate of acquittals, and period and nature of sentences. It also goes into the impact of the torture and sentence.
Adivasis too
Similarly, Adivasi activists who protest against the forcible expulsion from their habitats in forests, ghats and hills too are targeted under a similar campaign and arrested under false charges. It may be noted that Adivasis have been the major target of harassment and torture by police in several states when they raise their voice against entry of mining companies and MNCs for exploitation of natural resources.
Sharib Ali while unveiling the details of the 2006 Mumbai Train bombing cases writes that the same phone call data was used to accuse the five alleged criminals, but the data was conspicuous by absence in the charge sheet as it would have looked like fabricated. Ali filed the story on the Quill Foundation website on September 15, 2015. The accused refused to accept the confessions (which were signed under the threat of police torture) in the court. The court acquitted them for prosecution’s failure to present the witnesses. The pressure cooker bomb case too was vacated as there were contradictions between the ATS and Crime Branch reports.

Hubli Case
In Hubli case, seven Muslim youth from the Karnataka Institute of Medical Sciences (KIMS), Hubli were arrested on the complaint of the Akhil Bhartiya Vidyarthi Parishad (ABVP) who witnessed these students inviting some Hindu students for iftar during breaking of the fast in Ramazan. They remained in jail for seven years merely because the lawyers from the prosecution would absent themselves and the judges were frequently transferred. One of those detained, Sadiq Sameer had to approach Supreme Court for bail in this case and was granted the same in 2011. Eighteen Muslim students were charged with having ‘jehadi’ literature (which in fact were copies of the Koran).” These stratagems prolonged the case and sufferings of the innocent persons jailed on trumped charges. It is notable that the arrests were made a few months before the Assembly elections were due in Karnataka in May 2008, thereby creating a sensation and enabling the officialdoms to polarize the voters. (It may be noted that BJP emerged the largest party in the May 2008 Assembly election, thus Karnataka became the first state to come under the sway of a communal party).(See details on: http://www.quillfoundation.com/articledetail.php?)

Belgaum Case
Likewise, the so-called Belgaum conspiracy case was built up against 11 persons, in which one accused is from 13 people arrested in Madhya Pradesh, and another one from the Hubli conspiracy case, along with three of those who were wrongly arrested for the Hubli court blast, while the rest were new. None of panchas as well as witnesses supported the prosecution’s case. The prosecution was unable to prove that any of the recovered items “elements to make a bomb “ or hard disks with incriminating material actually belonged to the accused. The trial was completed in a record time of 1.5 years “ because of the insistence of Justice Balakrishna who conducted the trial on a day to day basis “ and all 11 accused were acquitted in 2011.

Uniform Strategies
These cases of sensational arrests and later acquittals make it plain that a uniform mindset is working behind the scene to put the Muslim youth and the community in the dock for instigating violence and terror (which ultimately prove to be non-existent). The impunity enjoyed by the officials who stage-manage these arrests (with media hype) also comes out clearly.
Website
The Quill Foundation has launched its own website www.quillfoundation.com where reports of the false cases has been gathered for the world to know the harassment that goes in the name of ‘war on terror’ in India, the largest democracy.
Syed Zafar Mahmood, President of the Zakat Foundation of India in Rashtriya Sahara dt. Jan. 21, has invited the attention of the civil society towards harassment of Muslim youth even while Dharma Sena is training 15,000 youth in wielding swords and firearms in Western Uttar Pradesh (refer The Times of India report by Sandeep Rai and Uday Singh Rana, titled “15,000 ‘Dharma Sena’ in Uttar Pradesh readies for war with Islamic State” in the newspaper’s edition dt. January 20, 2016). The smokescreen of the IS being raised in UP while the State faces Assembly election is in order to polarize the voters on communal lines. This is being done even while the Rector of the Darul Uloom Deoband, the most respected seminary of Islamic theology in the subcontinent has invited the media to enter and examine its interiors anytime.
It is rather unfortunate that all this goes on in the vicinity of the capital of the country while innocent Muslim youth are being arrested from the length and breadth of the country on spurious and dubious charges. It is time to ask if the civil society in India is really awake.