Islamic Voice 0 December, 2017 12:00 am
Three People I Admire
Roshan Baig – Is he joining the Rat Race for the Top Post?
Think of Orphans

The crown prince is using charges of fraud and corruption against his political and financial rivals to accumulate all authority in his hand. 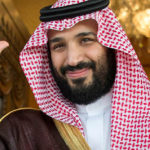 The Saudi Arabian monarchy, on the road to turning more autocratic and dictatorial, is fast losing grip over the region. Nothing is working out in its favour. Except the ‘king’ in Washington, it has lost all its friends. Its southern neighbour Yemen is nowhere near being subservient to it, despite two years of constant bombing of the poorest of the nations on the Arabian Peninsula. The eastern gas-rich Kingdom of Qatar refuses to be cowed down. Post-Saddam, Shia-majority Iraq is now more an ally of Iran than the conservative Sheikhdoms. Saudi interventions in Syria have borne no fruits, and the pro-Iran Bashar al-Assad regime seems to be winning the civil war. With oil prices down and the majority of expats intending to send back their families home, the domestic economy has taken a big hit.
Ever since King Salman’s son, Mohammad has been declared heir to the throne, the Saudi kingdom seems to be following the trajectory to irrelevance, if not suicide. The 31-year old prince is currently the de-facto ruler of the kingdom, where oil no longer lubricates the economy. He was decreed the heir by his 80-year old father, King Salman, on June 20, stripping his nephew Mohammed bin Nayef, the 57-year old powerful Minister for Interior, of the claim to the throne. Since then, the young prince has been accumulating more and more authority. In the latest of his gambits, the detention of 30 powerful men, several of them princes as well as ministers, in Riyadh Ritz Carlton on November 3 while they were attending an investment conclave is seen as a risky step which threatens to alter the established order, where corruption of the high and mighty was tolerated. Among the detainees is Prince Waleed bin Talal, the high profile billionaire and the CEO of Kingdom Holding Inc., who is usually a resident of the United States.

Rude Shock
The November 3 episode has come as a rude shock for the Saudi ruling oligarchy of over 10,000 princes and princelings who belong to several competing branches of the Aal-e Saud that has been ruling Saudi Arabia since Abdul Aziz bin Saud brought various rival and contending principalities under the larger umbrella of a confederation and annexed the Hejaz from the Ottomans. The young prince’s upstart moves are seen to be in line with his ambition to knock off rival centres of power and put an end to the convention of ruling by consensus and consultation which had at least given some stability to the country and a modicum of legitimacy to the monarchy.

All-Pervasive Corruption
In a country where all powers are vested in the hands of the princely family, which has no known process of selection or appointment of a bureaucracy, human rights (and for that matter all other rights) are absent, corruption and fraud are all-pervasive and where the law can be applied only against ordinary subjects, not the members of the oligarchy. That was the rule till now. Government land and resources are routinely gifted to princes, who, in turn, sell it to the Government against huge sums. Money can be freely repatriated to foreign banks and shores. In such an ambience, it would have been unfair to accuse only a few as corrupt. It is either a case of all being corrupt or none. So, the detention of only a few ‘for fraud and corruption’ is mockery of the process of spring cleaning and one would not be wrong if it is interpreted as selective prosecution of those who are likely challengers or rivals to the young prince. The portents are clear: the Kingdom is headed for autocratic rule a la Romanian dictator Nicolai Ceausescu. The consequences are there for all to guess in a world where social media can provoke mass uprisings.

Iranian Clout Expands
The Saudis’ bankrolled the US invasion of Iraq only to see that Americans hand over reins of power to the Shia majority there, which is unlikely to side with the Saudis in any conflict with Iran. Iraq now provides continuity to Iranian influence all across the Middle East, till the Mediterranean shores. It is public knowledge that Syria could subdue the rebels only with overt and covert support from Iran, which has a firm foothold in Lebanon under Hezbollah.

Dominant Power
The Saudis are in no position to invite any conflict with Iran, which is the dominant power of the region. The lifting of the US sanctions has only boosted the morale of the Iranian nation, which is in the process of making new bonds with Russia. Any military misadventure against Iran is sure to bring a powerful response from Iranians, which the war-weary Saudi forces may not be able to absorb, let alone respond to. Thirty years of sanctions could not bring Iran to its knees, leading to a nuclear deal between Obama administration and Tehran. The cancellation of the deal remains an unfulfilled agenda on President Trump’s wish-list despite ten months in office. The State Department finds no reason for backing off from the deal as the IAEA has indicated that Iran is fully complying with the terms.

Covert Israeli Support
This only reinforces the observation that an alternative route to inveigle Iran into a new conflict in the Middle East would be attempted. This could only come via Israel and Hezbollah of Lebanon, the two rivals itching for a fight ever since a ceasefire that Israel had to accept under pressure. The conflict nailed the lie of Israel’s invincibility. Israel must be wary of such a conflict as previous experience has left it highly bruised, with massive loss of army personnel, something that Israel cannot afford. It is a reasonable guess that Saudis and Israel are behind-the-screen allies in the emerging West Asia conflict between Saudis and Iran. But the two cannot be seen on the same side in any military engagement, which is sure to tilt the public opinion against the Saudis all across the Muslim world.

GCC in Tatters
The Saudi-led boycott of Qatar has left the Gulf Cooperation Council (GCC) in tatters. Qatar is nowhere close to conceding any terms proposed by the latter. Its prospects of returning to the Council are bleak even if the current stalemate is broken. Qatar’s refusal to toe the Saudi line is a clear indication that any union of states based on status quo is not only unacceptable, but also nonviable.

Emperor’s New Clothes
Meanwhile, Saudi Arabia’s domestic situation is grim for the aspiring prince. The foreign reserves have been halved, thanks to the massive arm purchases. The purge must have led to widespread resentment as powerful figures such as Miteb, son of former King Abdullah, have been removed from the position of Head of the National Guards. Old affinities and loyalties must be at work, although the country has no known channels serving as vents of public opinion except the backsides of toilet door panels. There is an atmosphere of silence and fear. Only supportive voices find an expression in the state-controlled media. Salman’s initiatives to go back to moderate Islam, allow women the right to drive and setting up new cities do resonate with the youth. But they may prove to be the proverbial emperor’s new clothes, which the emerging emperor cannot admit he does not see.