Islamic Voice 0 October, 2019 12:00 am
Gathered in Solidarity
Save Islam from the Islamists
In Hate Crime Fight, a Voice Still Feeble

The time has come for people everywhere to reject military action and self-serving economic sanctions as means towards certain nefarious ends. Since the former is a threat and the latter is a reality in the case of Iran, the Iranian crisis should serve as a platform for the mass mobilization of global public opinion against the use of these two weapons.

By Chandra Muzaffar
It would be utterly immoral of the United States to launch a military attack upon Iran if it is true that one of the missiles that destroyed an oil refinery in Saudi Arabia on the 14th of September 2019 had a casing bearing a number that suggested that the weapon was manufactured for NATO forces. The alphabets preceding the number denote the type of missile it is and one of its uses. The picture of the missile was inadvertently supplied to the media by the Saudi Defence Ministry.
A theory that has emerged in the wake of the picture of this missile is that the assault on the oil refineries in Saudi’s Eastern Province could have been a false flag operation initiated by John Bolton who was sacked by President Donald Trump as National Security Adviser around that time. It was his way of orchestrating a ‘parting shot’ which he could then blame on Iran – a State that he has always targeted in pursuit of his neo conservative agenda of emasculating Israel’s regional adversaries in order to ensure the latter’s supremacy and hegemony. 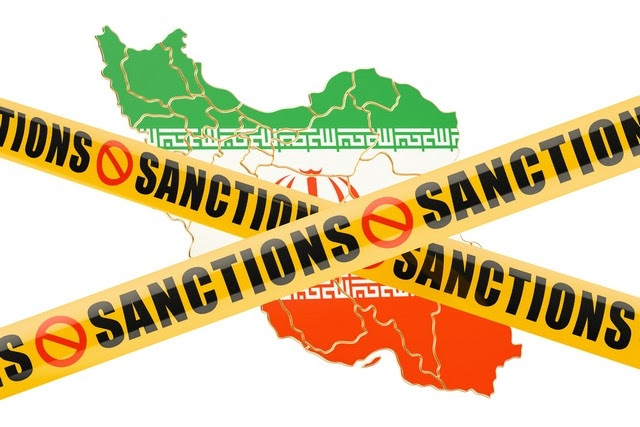 A false flag operation would exonerate Iran which has consistently maintained that it had nothing to do with the attack on the refineries. Besides, Iran does not stand to gain in any way from such action. Its current preoccupation is with getting crippling sanctions imposed on it by the US, lifted immediately. A false flag operation would however raise a question or two about the Houthi ( Ansar Allah) claim that it destroyed the Saudi refineries. Indeed, if anyone in the region has a reason to act against the Saudi regime, it would be the Houthis and the people of Yemen in general. Since 2015 at least 50,000 bombs and missiles have been dropped in Yemen by the Saudi military and its regional allies. More than 15,000 children, women and men have perished. Farms, hospitals and schools have been bombarded. The constant daily attacks have spawned the worst humanitarian crisis in the 21st century. Preventable diseases such as cholera have spread and malnutrition and starvation haunt tens of thousands of families. It has been estimated that a child dies every 10 minutes in Yemen as a result of all this.
It is this terrible catastrophe that the world should address. False flag operations divert attention from the root causes of a catastrophe ignited by the Saudi and US elites years ago. Those causes in turn are related to geopolitics, power and hegemony. The ordinary Yemeni has paid a huge price.
If a military assault on Iran is not to going to help the ordinary Yemeni neither will the tightening of economic sanctions against the people of Iran. Already the sanctions re-imposed upon that country since the US withdrew from the six nation nuclear deal have led to a great deal of pain and suffering within the populace. The sick including children have been deprived of much needed medicines which are presently imported from abroad.
Military action and economic sanctions it is obvious only exacerbate dire situations. Whenever it is initiated by a mighty power in collusion with its allies and agents, it fails to achieve its objectives. Take US helmed military campaigns aimed at furthering their own often diabolical agenda. The US attempt to crush what was in reality a nationalist movement in Vietnam in the sixties and early seventies resulted in its own ignominious defeat. Under the banner of NATO, it took control of Afghanistan in October 2001 and in the process ignited a war of resistance which after 18 years has undoubtedly enhanced the Taliban’s grip upon power.
Together with Britain, it invaded and occupied Iraq, convinced that it would not only be able to control the nation’s rich oil resource, but also determine the region’s politics in favour of Israel. Neither goal has been achieved and Iraq continues to be in a quagmire. Libya is another country in West Asia and North Africa (WANA) where the US and its NATO partners initially succeeded in overthrowing Muammar Gaddafi and murdering him brutally but is now bogged down in a chaotic terrain where there is no effective functioning government. In Syria for at least seven years, starting in 2011, the US and its allies sought through covert and overt means to oust the government of Bashar Al-Assad mainly because it refused to kowtow to them. Though they even employed terrorist outfits to achieve their objective, Bashar is still in the seat of power, supported by the Hezbollah, Iran and Russia. Syria has proven yet again that it is not possible to accomplish regime change through military means orchestrated by external actors.
Economic sanctions however harsh have also not succeeded in bringing governments that value their independence and integrity to their knees. An outstanding example of a nation that has withstood US sanctions and enhanced its sovereignty is Cuba. One of those rare occasions when sanctions have worked is the global movement against Apartheid South Africa in the eighties. There was a universal moral principle underlying those sanctions that transcended any self-serving agenda which was one of the reasons that explained its success. One can argue that such a principle is also present in the Boycott, Divest Sanctions (BDS) movement in relation to Israeli occupation of Palestinian and Arab lands.
The time has come for people everywhere to reject military action and self-serving economic sanctions as means towards certain nefarious ends. Since the former is a threat and the latter is a reality in the case of Iran, the Iranian crisis should serve as a platform for the mass mobilization of global public opinion against the use of these two weapons. Let Iran be that moment in history that will persuade humankind to eschew what is vile and vicious, what is cruel and callous in our setting as we journey towards a civilization that is just, humane and compassionate.
(Dr Chandra Muzaffar is President of the International Movement for a Just World (JUST), Malaysia).
(https://www.just-international.org/mediastatement/iran-neither-miltary-action-nor-economic-sanctions/)