Muslim Reform: Muslims Do Not Take Their Decline Seriously

Islamic Voice 0 June, 2017 12:00 am
No Neutrality When it Comes to Truth and Democracy
Extremism is a Perversion, And Islam Has No Place for It
Invokes Muslims to follow Prophet Muhammad (Pbuh)

The reform initiative needs to see the adoption of a rational approach using divine and credible sources to identify and filter out circumstantial practices (from the religious framework) that were defined for specific eras in the past. 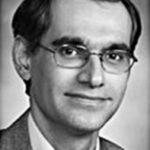 Islam, with about 1.6 billion followers all over the globe, is currently the second largest religion in the world. Despite its prominent presence on the world map, its followers are performing poorly on the global indices of education and literacy, scientific advancements and innovation, and social development.
The poor performance on these global indices highlights serious challenges for Muslims in coping with the modern world and moving along with progressive societies. While this needs immediate attention and a comprehensive evaluation of the causes for the poor performance as well as corrective action, Muslim masses in general do not take it as a serious matter. Poor performance on those indices appears to be of least concern to them.

Questioning Shouldn’t be forbidden
This attitude seems to be rooted in a strong sense of belonging to religion; this is further augmented by the belief that questioning is forbidden in religion and one must accept whatever is conveyed. Consequently, any misery, humiliation or decline faced by Muslims, individually or collectively, is blamed on their lack of adherence to the framework conveyed by religion.

Muslim Jurisprudence
The current religious framework was evolved over several centuries. Many concepts and practices were developed as Muslim societies were evolving and were influenced by the circumstances they encountered. While many of these practices were introduced to address specific issues of that era, they were later codified into Muslim jurisprudence and became essential components of the religious framework. There could be a possibility that the decline and poor performance of Muslims as measured by the global indices of scientific and socio-economic development may partially be due to some of the concepts and practices that were later added to the religious framework.
Now as Muslim societies are exposed to the new, transformative era, there is a need to analyse once again, the circumstantial practices developed in the later period and that do not belong to the fundamental religious framework of the Prophet’s (pbuh) time. While these circumstantial practices were the best solution at one time, they may not address present-day issues effectively, and hence, may need to be reviewed.

Reform Initiative
A first step towards such a reform initiative in the Muslim world is the acknowledgement that not every concept and content conveyed in the name of religion is authentic or perfect, and consequently, the ability to recognise the need to identify such content that may partially be responsible for their current state of misery and decline. However, such an initiative faces fierce opposition not only from the masses, but from educated Muslim classes as well.
Educated Muslims have embraced modern education and social awareness. They have developed an aptitude for rational thinking and logic, which they implement effectively in their professional work as well as in other affairs of life that are not related to religious beliefs. However, in dealing with religious matters, their attitude is generally not different from the common masses.
This attitude is primarily due to the diametrically different learning approaches adapted for modern and religious education since childhood. While modern education emphasises rationality and logic, religious education for the most part hinges on faith without questioning.
The reform initiative needs to see the adoption of a rational approach using divine and credible sources to identify and filter out circumstantial practices (from the religious framework) that were defined for specific eras in the past and that do not have the qualities of adaptation and flexibility, and that hence may be creating hurdles in aligning with the socioeconomic norms of today’s evolving world.
It is very important to understand that questioning or analysing the content that was added centuries later and portrayed as part of the religious framework does not imply questioning the tenets of faith. For a religion to maintain its universality, it is important to keep religious practices distinguishable from local social norms.
Contemporary Social Evolution
Similarly, in order to maintain the effectiveness of a religion in any era, it is important to ensure flexibility when evaluating the norms and practices that connect a community in a social setup with its permanent religious values, and re-adjusting interconnected norms and practices as necessary to maintain effective religious bonding while embracing contemporary social evolution and advancements.
The improvement of Muslim societies on the global scale of scientific advancements and human development cannot be effectively achieved by externally imposed factors. The real improvement will only come through initiatives within Muslim societies and through realisation, awareness and the desire to advance alongside the progressive world. Today’s world will not slow down for Muslims. The sooner the Muslim societies embark on this journey, the sooner they can attain the required pace for advancement. Otherwise they will be left behind and will need centuries to catch up.
(Kamran Siddiqui is a professor at the University of Western Ontario, Canada).