Power of Love, Service to Humanity

This story has been extracted and translated from an Urdu speech of Maulana Khalilur Rahman Sajjad Noamani, a scholar and a social worker from Lucknow. Noamani relates his interactions with RSS activists on Youtube following a chance encounter with them while rendering social service in saving a Hindu girl. 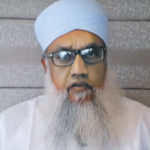 Nations decline not merely because of the conspiracies hatched by their enemies but more because of their own weaknesses that they overlook, let alone engaging in introspection. I and several ulema and scholars of Islam have been advising Muslims to look for the positive qualities, discipline and honesty in the collective life of the Western societies or even other communities that have taken them to the current stage of civilization.
In this context, I have never felt shy to cite the example of the RSS, which was formed nearly a century ago and has built a cadre through all layers and all sections”be they students, farmers, youth, women, doctors, labourers, merchants and traders, journalists, bureaucrats”of the society. An average worker of the RSS leads an austere life, eats simple food and dresses himself in simple attire. Their marriages are conducted in the simplest manner and there is tremendous dedication that can be seen in them towards the welfare and organization of the society. In contrast, I see a lot of ostentation in marriages and profligacy in the lives of the few rich among Muslims”they are completely bereft of any vision and dedication for the upliftment of the poor among them.
Allah has organized this world on scientific principles. You will be wrong if you thought that if a Muslim pours the juice of bitter gourd (karela) in tea, it will turn sweet, and if non-Muslims poured sugar in the tea, it will become bitter. This does not happen.
Some people have torn a few sentences out of context from my speech at Aurangabad and trying to prove that I am an agent or the representative of the RSS. You can listen to that speech on the Youtube. I do not want to comment on how and which sections of people are tarring me with dark colours.
I have a serious concern about my community, among whom I find nobody to be reading anything. Neither the lawyers and engineers, nor the ulema and the so-called scholars. Most of our women, children, men and students keep browsing the Internet or fiddling with their mobiles. How is it possible that a community that does not engage itself in study and develop the faculty of critical analysis will be able to distinguish between the right and the wrong? I have widely interacted with the RSS and have visited their camps and have seen them studying a wide variety of literature. Even those who oppose them from the ranks of the weaker and underprivileged sections engage themselves in deeper study of the society, history, politics and economy.
If there is a community that does not read, it is that of Muslims, who take false pride in pomp and extravagance, which may be at the cost of incurring loans. You will not gain anything by cursing the RSS, which has an extensive cadre of well-read people. They maintain an extremely austere lifestyle, so down-to-earth. But in contrast, Muslims fail to pool their resources for the collective development of the community.
Here I would like to share a memorable experience during my interaction with the RSS, although I do not have intention to indulge in self-glorification.
It was during the 1990s, the heydays of the Babri Masjid-Ramjanambhoomi agitation in the country. There was tension in the air following a clash between Hindus and Muslims in Lucknow. The administration had clamped curfew had been imposed in the city. I used to organize a weekly discourse on Quran and was running an NGO for welfare and relief. A few days before this, I had appealed to the people to identify their blood group and register with our NGO with their names, addresses and contacts, in order that we may approach them if blood transfusion was needed for some emergency situation. Hundreds of people responded to my call and registered themselves at the NGO.

Horror-Filled Night
It so happened during one of those horror-filled nights that I received a call from one Dr. Saleem working in a hospital in Lucknow, who requested some blood donor who could donate some blood of a particular group as a girl with a severe head injury required immediate transfusion of blood. I wondered as to how to reach the contacts at the midnight. To my good fortune, I checked my group and it matched with the required group. I took out my small moped that I used to have. Curfew was on. Yet I prayed to Allah to enable me to reach the hospital and come to the girl’s rescue.
On the way, a posse of police stopped me. But my plea that my nightly venture was all intended to help a girl who was severely in need of blood, they allowed me to proceed. Again, after a short distance, a group of youth, some of whom were intoxicated, laid a siege around me. They were raising slogans like Maaro! Kaato!. I explained to them that I was on my way to a hospital to donate blood and rescue a little girl from the jaws of death. I told them if they want to kill me they could do it on my return journey. And if they needed any assurance, they could accompany me. A youth among them counseled patience among his companions. He asked me to park my vehicle on a side and asked me to sit in their jeep so that they could take to the hospital. I was mumbling prayers under my lips and beseeching with Allah to bless me a life and death of a faithful. Some of them kept talking abusively against Muslims. I remained silent listening to their jibes and their comments.

Blood Donated
I entered the intensive care unit, where Dr. Saleem checked my blood group and the staff members took out two bottles of the blood. It was immediately transferred to the injured girl. The doctors did not allow me to go out soon thereafter. They offered me some juice and asked me to rest for awhile. It was only around 4:30 am that they allowed me to leave for home.

Ashamed
I came out thinking that I would have to walk down to my residence. But strangely enough, those youth were waiting for me. But it was apparent from their demeanour that they were ashamed of their behavior. This time they behaved gracefully, asked me to take seat in the jeep and took me to my doorsteps. Later, someone among them brought my moped too. While leaving they joined their hands in a prayerful manner and said: “We are in no position to talk to you at this moment, but we would come to you later.”

Parents in Tears
Days passed by. Normalcy was restored. I was curious to check upon the girl’s recuperation. I visited the hospital ward. I saw an old Hindu couple, the man clad in a dhoti with his forehead displaying tilak, and the woman with sindoor in the parting of her hair, sat there. Moments later, the couple came rushing towards me and the man placed his head on my feet. He was crying and his wife stood a little away in tears. Perhaps the nurse on duty had signaled my identity to the couple. I wanted to know as to what happened to them. He said: “You are like my God, you have saved my only daughter from certain death by donating your blood. I have no one else in this world other than this girl. She is all that I possessed.”
I replied: “I am neither God, nor the saviour. It is Ishwar, Who is the same for you and me, Who protects us all. I am happy that your daughter is back to normal”.

RSS Shakha In-Charge
A few days later, the same couple came to my house with their cheerful daughter. They had a garland and a box of sweets in their hands. He introduced himself to me. He said: “I hail from a district in the outskirts of Lucknow and in-charge of five to six of the shakhas of the RSS in the area”. He said: “Maulana Sahib! You have opened my eyes. I had totally misunderstood Muslims. I could never know that there are Muslims like you, who are so good to humanity and could serve people even while facing great risk to their own lives.”
I told him there were good and bad people in all communities. “Don’t mistake the entire communities on the basis of behavior of some individuals from among them.”
He said: “I am returning to my village and would come back to you to take you to some of the RSS shakhas in order that you address the pracharaks and say whatever you would like to say together with my introduction of the life-saving aid that my daughter has received from you.”
In the subsequent months, he took me to several camps of the RSS. Addressing them, I told them that there were elements amidst us who were interested in confrontation between communities. We together should strive to understand each other and work for the development of the nation and building peace.
I am still in touch with several of these RSS workers and leaders and interact with them on important issues. People need not suspect my credentials. I believe in appreciating and emulating all that is good in anyone or anywhere.
(The audio text of the speech has been transcribed and translated into English by Maqbool Ahmed Siraj).