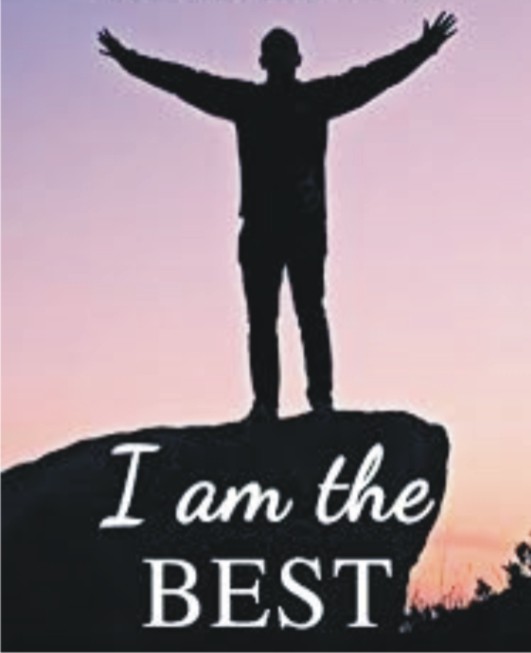 Strive to be Better or Best?

Mohammed Rafiq 0 December, 2022 2:59 pm
Sri Lanka attacks bring together Muslims, Christians
Controversy over Hijab: What is the stand of the Qur’an and Hadith?
Bangladeshi Minorities Condemn Violence against Rohingyas

One of the biggest miseducation of the current times is competition. Education referred to here does not restrict to academic circles but encompasses home, office, neighborhood, friends circle, sports teams, etc. What is being strongly inculcated widely in all minds is ‘me-I-myself’ or ‘we-us-ourselves’. Everybody is in a race to prove that one is better than the others.

Walk into any of the parent-teachers meetings in schools invariably parents are worried about their classmates’ performance vis-à-vis their little one. The ultimate objective is to join a better coaching center, sports club, or cultural center than that of a relative’s or neighbor’s child. Imagine the impact of such conversations and thinking of the parents and teachers on the young minds. The youngsters are bombarded with one-upmanship strategies. This same brainwashed child will move into the ‘doing’ world from the ‘learning’ world. The sense of competition in the garb of motivation-to-excel pushes the person into self-indulgence at the cost of undermining all the others.

A simple but essential question to young school goers what do you want to become when you grow up? The answer could be a big surprise depending on the age of the child, one gets an answer like a driver, conductor, doctor, pilot, nurse, teacher, etc. from an infant. Typically, an adolescent changes the earlier stance with answers more matching the social status associated with a particular profession or position. There is nothing wrong with aspiring and dreaming big, but the major problem is when one carried an exaggerated opinion about one’s choice.

As a student, a neighbor, or a relative if not groomed to be selfless in doing good to others then expecting an exceptional person in the later part of one’s life is nothing but an unrealistic aspiration. Children at a very early age are ingrained with the idea of not sharing toys with their siblings or neighbor children. It may look trivial to pay heed to such petty things at an early age but these are the values that get etched into one’s personality. How unnatural it would be to expect the same person to share the inherited wealth equitably among the siblings when growing up or not to encroach upon others’ properties.

There is a hue and cry on the importance of education from every platform. What are the primary lessons that are imparted to a student? Every other classmate is a competitor or challenger to oneself. Strict instruction needs to be adhered to not to share stationery or knowledge so that one can always enjoy the competitive advantage. Instead of working towards improving self for a better version of oneself, all efforts are made to constantly visualize stature with others. This false self-image in the hypothetical mirror serves a narrow purpose, the day it gets shattered the person stands broke.

An analogy story goes that two friends were walking in a jungle; suddenly they encountered a Lion chasing them. Both men were running as fast as their feet could carry them. One of them said we should keep running faster than the Lion to escape unhurt. The other friend said, I just need to run faster than you to keep myself safe. Does the simple but apt story give a lesson about the priorities one sets in adversities depending on what values and beliefs have been fed? Is it just self or collective?

The most valuable guidance to the believers and humanity, in general, is Quran and Sunnah. The Prophet Muhammad (pbuh) was the living model of the instructions in the Quran. Some of the best results of the implementation can be found even among his companions. If at all one needs to improve oneself or improve youngsters under one’s patronage, then all efforts should be made to imitate the absolute references rather than spend all energy to beat the peer group. A single reference on the journey to greatness is to follow the Prophet (pbuh).

In the later part of life, whether working in an organization as a team member or a family member, collective success becomes the prime importance of individual achievement. Imagine a football team whenever an individual contributes the team wins. In any game where the individual player puts effort into proving himself better then there are very high chances of the individual and the team losing out.

As parents, teachers, and elders it is the moral responsibility to inculcate compassion among youngsters toward others from an early age. Teach them to be the best by following the best human beings as their role models rather than getting engaged in the rat race of one-upmanship. The most powerful influencers are the people whom they see often and regularly. Teaching by practice and not by preaching is inevitable. Rivalry whether in the class, profession, or society can be a self-inflicted mental illness, where the alphabet “I” needs to be replaced with “We” to make it well.

You are the best of peoples, evolved for mankind, enjoining what is good, forbidding what is evil, and believing in Allah. If only the People of the Book had faith it was best for them; among them are some who have faith, but most of them are perverted transgressors. (S3: V110). As Almighty Allah ﷻ says in the verse we are best if one were to follow the instructions in the holy Quran. The evaluation criteria should be against the absolute reference as mandated in Quran and follow the practices of Prophet Muhammad (pbuh), we do not need to create arbitrary references with others. The cutthroat competition might have given technological advancement, but humanity has taken a back seat. The vast majority have been deprived to exercise the benefits.

It is not unusual to hear that there is a lack of leadership within the community. For anything to get prominence a supporting ecosystem needs to prevail. When all the focus is on the results and the inputs remain heedless the outcomes will be obvious. “Insanity is doing the same thing over and over and expecting different results”- Albert Einstein. Groom selfless individuals in the circle of influence, and leadership will evolve automatically.

Let us shed the tag of being better than our fellow person just to massage one ego and work towards greatness, which provides ample scope to work incessantly to improve oneself. The impact of a good education is it makes the seeker humble. With percolation of knowledge (Haqq) deeper in one being makes the person selfless and magnanimous. This follows with a compulsion to look forward to capitalizing on every possible opportunity to pull others out of the darkness (basil).

“Satisfied life is better than successful life because success is measured in comparison with others and satisfaction is experienced internally in one’s own heart, mind and body”. Perhaps it is the Nafs-e- muthmainah that leads us to the higher purpose of life and get acceptance from our creator.

(The writer is an IT Professional, Counselor & Coach, [email protected])