Sri Lanka Terror Attacks on Easter Should Unite Us Against Hate BY EJAZ NAQVI Just about a month ago, I wrote about the terror attacks on two Christchurch mosques during Friday prayers. The details are still emerging but there has been a series of terror attacks on churches and hotels in Colombo, Sri Lanka on […]

Sri Lanka Terror Attacks on Easter Should Unite Us Against Hate

BY EJAZ NAQVI Just about a month ago, I wrote about the terror attacks on two Christchurch mosques during Friday prayers. The details are still emerging but there has been a series of terror attacks on churches and hotels in Colombo, Sri Lanka on Easter Sunday. The attacks were apparently pre-planned and well coordinated. I said this after Christchurch terror attacks and is worth repeating again- we are certainly living in troubled times and even the places of worship are not safe- and in fact are the prime target for the haters. Long considered sanctuaries, the churches, mosques and synagogues are no longer safe places to be-even at some of the most sacred days. Just because one does not believe in the faith of others does not justify the attacks. Unfortunately, the haters are blinded by their hateful ideologies. After the Christchurch attacks, the Prime Minister of Canada had given a passionate speech at the Parliament. People are tired of fighting this alone without the full backing of their leaders. But we can take a stand here and now in Canada and around the world and say that enough is enough. That the days of spewing hatred and inciting violence without consequences are over. We owe it to the people of Christchurch, and the people of Sainte-Foy, of Pittsburgh , and of Manchester. I am calling on like-minded countries of the world to stand with Canada in this fight: Muslims, Christians, Jewish, Black, White, all of us, we must fight this hatred as a team….. a team tired of sending our thoughts and prayers The early indications are that the attacks were carried out by a previously little-known radical Islamic group. In Islam, life is sacred. Places of worship, where God’s praises are celebrated are sacred. ….if any one slew a person – unless it be for murder or for spreading mischief in the land – it would be as if he slew the whole people: and if any one saved a life, it would be as if he saved the life of the whole people. The Qur’an 5:32 And in terms of protecting the churches, synagogues and other places of worship, the Qur’an has this to say: And had there not been Allah’s repelling some people by others, certainly there would have been pulled down monasteries and churches and synagogues and mosques in which Allah’s name is much remembered; and surely Allah will help him who helps His cause… 22:40 One of my social media friends from Sri Lanka said it best: We are one human family. As a Sri Lankan born American this tragedy resonates very close to my heart and it has been is very painful. The Christian and Muslim minority in Sri Lanka share similar challenges and always stood together. This is an attempt to rip us apart. We owe it to the victims of Christchurch, NZ; Pittsburg, PA and Colombo, Sri Lanka and all other places of worship, to be united against hate- no matter who the victims are and no matter who the attackers are. The terrorists have one thing in common- their hateful, twisted ideologies and their utter disregard for innocent lives. My heart goes out to the victims and their families and friends victimized by haters and fear mongers. May the victims rest in peace. Ameen. (Extracted from patheos.com)
By: admin

New Age Media Outlets Have Given Individual Women Their Voices Back

April 1, 2020
By Maria Hanif Al-Qassim In 1936, in an effort to westernize Iran, Reza Shah banned the women of his country from wearin... More

February 17, 2020
By Maulana Wahiduddin Khan Some decades ago, the concept of ‘zero-defect management’ was propounded. A lot o... More

Teachers as Transmitters of Values

Is The Quran Only For Muslims?

January 27, 2020
By Rajat Malhotra One of the most erroneous beliefs about the Quran is that it is a book that is meant only for Muslims.... More

January 27, 2020
By Amin Valliani Religion has remained a living topic in almost all ages. Many have discussed religion in different ways... More
Prev Post Mo Salah Calls for Change in Treatment of Women in Muslim world
Next Post Sayeed Munawar is the new General Secretary 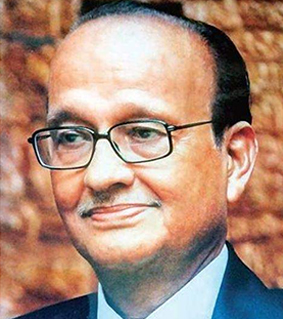