Q : We see that all over the Muslim world, two rival groups are always in conflict: One attracts highly educated people who believe in  reason and logic, but care little for religion, while the other consists of largely uneducated people who hold fanatically to certain beliefs  and try to impose them on others. How to remedy such a situation?

A: There are definitely two groups with widely different attitudes to religion. These have been there since the very early days of human  existence. The noble prophets and those who have followed them on the same route try to bring the message of faith home to people,  hoping that they will respond positively to the call to believe in the Oneness of Allah. On the other hand, they are opposed by people who prefer to follow what they feel to be their interest, paying no regard to the divine guidance and caring little for the teachings of prophets. This has always been the case, and it will continue to be so, until the end of human life. I do not agree with you at all when  you say that the camp opposed to faith attracts mostly the highly educated who rely on reason and logic. It is true that some of those  highly educated may turn their back on religion, but that is only because they either prefer not to study religion with the sort of  seriousness they attach to other matters; or because they prefer to satisfy immediate pleasures; or because they feel that their position  will be threatened by religion. They simply do not respond to the challenge of the divine message to use their reason and logic in evaluating the truth advanced by the divine faith. There was a time when a higher proportion of educated people seemed to move  away from religion, but if you look at the historical circumstances that led to this situation, you are bound to conclude that this was  the result of the alien system of education that was devised by the colonial authorities in most Muslim countries. As you are aware, the colonial powers were able to impose their will over most of the Muslim world, after a long period of decline throughout the Muslim areas. But when that phase was over, and education moved towards being universal, more and more educated people found no difficulty in making a happy match between education and religion. Indeed, it is the divine faith that calls on people to use their reason  and logic, because when they do that, they can easily recognize the truth of the Oneness of God and the validity of the divine message. In the history of Islam, there was no time when a conflict took place between enlightened education and scientific findings on the one  hand, and Islam on the other. Indeed, the two stand always hand in hand. It is true that there are people who claim to be religious and  try to impose their ideas on others. Such people have not learned Islam well. They do much damage to the cause of Islam. They are rarely aware of its fundamental principle to respect individual freedom. Islam advocates that freedom of thought, belief and expression as a basic right of all human beings. Fanaticism is alien to Islam and it will always remain so.

March 1, 2015
Q: Are Muslims compelled to force people from other faiths to convert to Islam? A: There is no compulsion where the reli... More
Prev Post Kill Fear
Next Post Muslims Boycotting Each Other

Sufyan Malik Young Kashmiri plays the rabab back into the limelight. 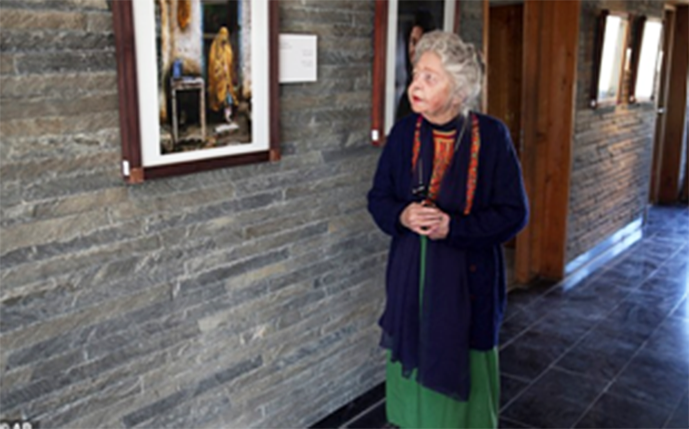