Islamic Voice 0 July, 2018 12:00 am
People and Tidbits
Dr. Syed Hasan: The Light of Seemanchal
Bodruddoja Saikh – The coach behind more than 75 medals won by Paralympians of West Bengal

Cancer was” a gift”” for this Muslim millionaire who recently passed away. 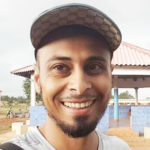 Sydney (Australia):  Ali Banat, a wealthy Muslim businessman from the Sydney suburb of Greenacre in Australia, had a lavish lifestyle. But, his life took a dramatic turn when he was diagnosed with Stage 4 cancer in 2015 and doctor gave Ali Banat 7 months to live. Ali Banat was told he had seven months to live but instead lived for another three years.  Instead of chasing entities of the temporary world, Banat gave up many of his worldly possessions. He went on to set up ‘Muslims Around The World” (MATW)’, a non-profit and community-based charity project aimed at “providing financial assistance and outreach to those in need”. The organization built mosques and schools for the less fortunate in the poverty-stricken areas of Togo, Africa. The 32-year-old millionaire who helped change the lives of so many people through his charity work passed away recently, in the blessed month of Ramadan. In a short documentary recorded prior to his death, the man with kind heart in his last message asked people to continue his work. In the video ‘Gifted With Cancer’ uploaded to YouTube channel OnePath Network that went viral, Banat described his illness as a “gift” because Allah has given me a chance to change”.