Ansari Abdullah brought wonderful news to Malegoan residents when he joined the prestigious IIT Kanpur in 2016. For Abdullah, this was the outcome of a little over half a decade of effort and perseverance, and he has not looked back since then. 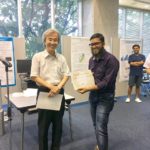 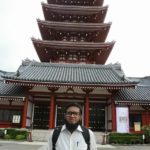 Malegaon might be a small town in Maharashtra, but over the years it has always found space in the national media, although not always for the right reasons. Whether it is the 2006 bomb blasts in the city or the continued struggle for survival among the city’s thousands of power looms, the city has had a tough past and an equally tough present. Among all this, however, 22-year-old Ansari Abdullah Momin Mohammed Ameen brought wonderful news to the city residents when he joined the prestigious IIT Kanpur in 2016. For Abdullah, this was the outcome of a little over half a decade of effort and perseverance, and he has not looked back since then.
But the fact that Abdullah chose the path of engineering did not come as a surprise. The son of an engineer father and a doctor mother, Abdullah loved maths and physics. When Abdullah was in Class 12, instead of joining coaching classes as most of his friends did, he asked his father to help him out. Abdullah’s father, who now runs a coaching institute, taught his son, but at the same time never pushed him beyond his capabilities.
“When I would study till late at night and felt tired, instead of coaxing me to focus on studies, my father would talk about his life of engineering, the reputation of his college, his hostel life, the life after graduation and many other things. These things inspired me to become an engineer too,” says Abdullah in a conversation with TwoCircles.net.

Father’s Encouragement
In 2012, Abdullah took admission in the Civil Engineering Department in the Government College of Engineering, Pune. Soon, he found his areas of interest too. “While doing my engineering, I showed interest in research about heavy structures and their durability. When I told this to my father, he said that if I really have an interest in research, I should go to IIT. I completed my graduation in civil engineering and during my last semester, I appeared in GATE (a national level entrance exam conducted by IITs), and secured 96% percentile.
I was accepted by the 3 top IITs: IIT Bombay, IIT Roorkee and IIT Kanpur. But due to my extreme interest in soil mechanics and earthquake hazards, I chose IIT Kanpur in July 2016,” he says.
Talking about the time when he joined the IIT, Abdullah says, “It was really a memorable day for me and for my family when I was selected for admission in IIT. I felt really good about achieving a dream that both I and my parents saw,” he says. He also said that bringing such good news to Malegaon felt real good. “The joy of any city or country depends on the citizen of that city/country. So, citizens should change their narrow thinking and have different angles to analyse anything,” he added.

Science and Religion
As the conversation once again goes back to Malegaon, Abdullah talks about how his parents sought to teach their kids equally about science and religion. “My parents spent a considerable amount of time in teaching us about ‘Duniya’ as well as gave us Taleem for ‘Aakhirah’. Me and my younger brother, who is just 15 years old, have memorised the holy Quran,” he adds. Talking about religion, Abdullah says that he considers himself fortunate to be in a place like IIT, where religious affiliations mean little in the day to day affairs of the Institute. Abdullah believes this is just an extension of the way our country is. “We (Indians) are a diverse population and no one can restrict you if you really have some qualification and the skills,” he says.
Talking about his personal experience, he says, “I never found any problem while giving an interview or in a college like IIT. Here, we are allowed to perform namaz even in lecture halls. The administration of IIT Kanpur has provided a separate prayer hall for Muslim brothers to perform namaz and do their Islamic activities,” he added.

Performance, not Personal Beliefs
Abdullah added that places like IIT only care about your performance and not your personal beliefs. “They will never focus about who you are, how you look, what you eat etc. They just check your talent and skills and if you have what they need, you will never be rejected. They want only quality and it doesn’t matter what religion or caste you belong to,” he says. In fact, the only area in which Abdullah struggled was to come to terms with the modern facilities of the institute in comparison to his college in Pune. “In the initial days, I suffered a lot from the latest and modernised system of IIT as I had never seen such high standard of living, communication style, culture and much more. But over time, I learnt and adapted accordingly,” he adds.
Abdullah was clearly not resting on the laurel of just joining IIT for research. Earlier this year, he earned more fame by joining a one-month program at the Japan Science and Technology. “I applied for the course in March 2017. In April 2017, I was extremely happy when I saw my name on the list. Every year, at least one IITian from India is selected for the same and I am proud to have continued this legacy,” he added.

Earthquake Researcher
Talking about his research proposal, Abdullah says, “I am working on modelling the 2004 Sumatra-Andaman Tsunami and Earthquake to estimate Tsunami heights and its amplitude with a change in waveforms and to study its effects on the coastal area. I am working as a sedimentologist, paleo seismologist and earthquake researcher.”
Abdullah says that he would like to continue his studies and do a PhD. “I want to do a PhD from one of the best institutes in the world. But due to my family issues, I may work for some time after completing my Masters at IIT Kanpur. After that, I will consider continuing my studies,” he says. When asked what was his suggestion to students aspiring to be successful in their careers, he says, “They should keep themselves away from heavy use of mobile, smart gadgets and internet. I am not saying that they are not allowed to use these, of course, they can use as it’s also today’s need, but its use should be limited,” he adds.
(Extracted from twocircles.net)