MBE for Man Who Opened Adoption to Muslims

A British Muslim man has made it to the Queen’s Birthday Honors list for his 20-year-work in fostering and helping open adoption to the British Muslim community in Tower Hamlets, London, East London Advertiser reported. “Anywhere I’ve got an opportunity to get access to the community, I take that opportunity,” said Emdad Hossein Talukder, 65, from Kensington who speaks to people about fostering and adoption in hard-to-reach places in his work for the council. In the Queen Elizabeth birthday honor list, Talukder received MBE or “Member of the Most Excellent Order of the British Empire” award.
Over the past two decades, Talukder’s job took him to churches, mosques, and community and children centers and wherever he thinks he can reach people. As part of his role, the Muslim man has also translated dozens of documents into his native Bengali language to help spread information. Talukder’s entry into the world of fostering came when he and his wife, Mahfuza Rahman, brought a foster child into their home for the first time in 1999. They have now helped a total of four children in the same way.
In 2000, Talukder began work for the council, trying to get more families to take part. The barriers facing those families are ideological as well as practical since the holy Qur’an bans children from taking the name of their adoptive father. As a result, Talukder thought of helping in getting a new legal tool called ‘special guardianship’ approved by the Shariah Council of Britain in 2005. The new ‘Special Guardianship’ allows families to look after children until they are 18, but they keep some links to their biological parents. “There are many Muslim children in this country, they also need adoption, because they can’t get out [of the system] on a short-term basis. They need long-term families,” Talukder explained. In 2017, the Muslim man was granted a special guardianship order for a child he had been looking after since the boy was two. Now 21, Kabir G married a woman in Bangladesh in 2018. “I’m happy that, throughout my life, I was able to educate and motivate many people to consider fostering. Despite reaching the age where many people would be thinking about retirement, I’m not leaving. I’m going to stick at it for as long as I can,” Talukder hopes.
In Islamic Shari’ah, raising a child who isn’t one’s genetic child is allowed and, in the case of an orphan, even encouraged. But, according to the Islamic view, the child doesn’t become a true child of the ‘adoptive’ parents. For example, the child is named after the biological, not adoptive, father. The distinct Islamic system for adoption is called ‘Kafalah’ where the adoptive child can become a ‘mahram’ to his adopted family if he or she is breastfed by the adoptive mother before the age of two. 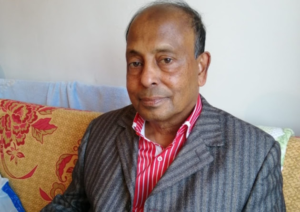