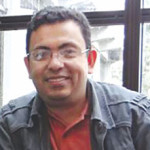 Avijit Roy, the 44-year old Bangladesh born, US-settled writer was hacked to death on February 26 in Dhaka. The blogger had consistently attacked the extremists and religious fanatics through his writings. His wife Rafida Ahmed Banya was critically injured in the attack. The couple was returning after visiting the book fair held on the eve of international Mother Tongue. He is the third writer to fall victim to religious extremists. Earlier Rajib Ahmed was killed in 2013. Even prior to that, Humayun Azad was brutally attacked by machete-wielding assailants in similar fashion while he was returning from a bookfair on February 27, 2014.

Dr. Farzana Mohtashim, vice principal of the Anjuman PU College for Girls, Bhatkal has been nominated as member of the Syndicate of the Bijapur Women’s University. She is the first Muslim woman to be taken into the Syndicate of the said University. Farzana has earned a doctorate in Urdu literature. Her book titled, Shokhie Tahreer has been selected for the best written work in Urdu for the year 2012 by the Karnataka Urdu Academy. 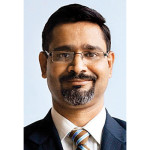 Abid Ali Neemuchwala, 48, who quit Tata Consultancy Services (TCS) in February was appointed Chief Operating Officer (COO) at Wipro in the second week of March. He had served the TCS, the largest IT company for 23 years and stewarded the transformation of the company’s business process outsourcing operation. He was responsible for managing over 12% of TCS’s revenues. He holds a BE in Electronics and Communication from National Institute of Technology, Raipur (Chhattisgarh) and Master’s Degree in Industrial Management from IIT, Mumbai. According to Nasscom’s list of top-15 business process outsourcing companies in the country in 2013-14, TCS ranked second to Genpact. A chess buff, Neemuchwala is married, has three children and lives in Dallas. Everyone was surprised when he quit TCS last February. It was a surprise for Wipro employees as the company fills senior posts with those from the ranks itself. Several veterans within will be reporting to him. 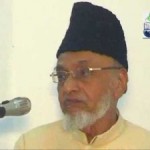 Maulana Abdul Aziz, one of the veteran Jamaat e Islami leaders, passed away in Hyderabad on March 16. An orator, Maulana Aziz headed the Jamaat in Tamil Nadu for several years prior to the Emergency during which he was detained at the Madras Central Jail. He was 95. He is survived by his wife, a son and three daughters. He was laid to rest in Jalpally graveyard in the outskirts of Hyderabad.

Justice Rana Bhagwan Das, former Chief Justice of Supreme Court of Pakistan died in Karachi on February 23. He was ailing for some time and breathed his last in a private hospital of the city. Justice Bhagwan Das was the first Hindu Chief Justice of Pakistan Supreme Court and second Hindu to be elevated to the post of judge of Sindh High Court. He was born in Naseerabad town of Larkana district of Sindh province in 1942. His appointment to the Sindh High Court in 1994 was challenged for his being a member of the Hindu community but the Sindh High Court rejected the petition. He earned a post graduate degree in Islamic Studies and was considered a scholar of the Constitutional Law. He practised as a lawyer for two years and was appointed judge in 1967 for the first time. 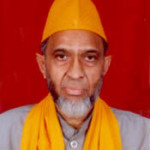 Khawja Hassan Sani Nizami, the sajjada nasheen of the Dargah Hazrat Nizamuddin Auliya died on March 15. He was 85. He is survived by several nephews and nieces. He remained unmarried.
A literary figures, he represented the values of the India’s composite culture. His father Khawja Hassan Nizami was also a great literary figure in Urdu. Khawja Hassan Sani Nizami did his BA from Jamia Millia Islamia and took up writing in Urdu. He penned books titled Tasawwuf Rasme Haqeeqat, Fawaidul Fawaid and delivered several radio talks and extension lectures. He took up publications of books authored by his father which had gone out of print. He edited the magazine “Manaadi” and headed the Ghalib Academy in Basti Nizamuddin after former President Hakeem Abdul Hameed died ten years ago. He was deputed by the Vajpayee government to represent India in the World Religions Conference held under the aegis of the United Nations. He was laid to rest in the grave next to his father’s grave in Khawja Hall after funeral prayers in the mosque next to the dargah.

Dr. Maleeha Lodhi has been appointed Pakistan’s envoy at the United Nations. Twice Pakistan’s ambassador to the United States, Lodhi was founder editor of News Daily, Karachi. She was also Pakistan’s high commissioner in the United Kingdom between 2003 and 2008. She holds a doctorate from the London School of Economics. Now 62, she was a scholar Woodrow Wilson Institute and at Harvard. 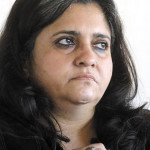 Awarded: Teesta Setalvad, the civil rights activist from Mumbai and R. Nallakannu, senior leader of the Communist Party of India were presented with the Quaide Millath Award for Probity in Public Life at a function in Chennai on March 23. The Award instituted by the QuaideMillath Educational and Social Trust, Chennai was presented by Mr. Gopalakrishnan, grandson of Mahatma Gandhi and former Governor of West Bengal at Qaide Millath College. The Award carries Rs. 2.5 lakh and a plaque recognizing the contribution of the recipient. The Award is instituted in the memory of Quaide Millath, Mohammed Ismail, founder president of the Indian Union Muslim League who was elected a member of the Rajya Sabha and thrice to the Lok Sabha (from Kerala) and was member of the Tamil Nadu Legislative Assembly. He was also nominated a member of the Constituent Assembly which framed the Constitution of India. He is widely respected across the political spectrum in Tamilnadu and Kerala. Gopalakrishnan lauded Teesta Setalvad’s struggle for justice for victims of communal holocaust in Gujarat. Nallakunnu is a dedicated social worker who has consistently worked for the safeguarding the rights of the oppressed people. He is 90. 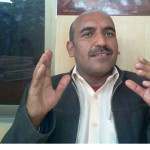 Wilson Wazir Masih, the 38-year old teacher and a representative of the Christian community in Federal Administered Tribal Area (FATA) of Pakhtunkhwa province in Pakistan has been conferred the Sitara e Imtiyaz, the third highest nation honour of Pakistan. The award was given away on March 23, the National Day of Pakistan by Pakhtunkhwa Governor Sardar Mehtab Ahmed Khan. He was chosen for the award in recognition for his services to the Minority communities. Wilson was instrumental in getting the members of the minority community permanent resident certificates, voting rights and scholarships. His efforts over a period of two decades also helped the 50,000 strong community avail of the minority quota jobs in Frontier Corps n