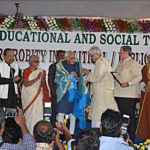 December 18, 2019
About a third of the 81 Muslim-Americans who ran for office in the off-year elections in the U.S. scored electoral victo... More
Prev Post Hamida Habibullah Passes Away at 102
Next Post Heavenly Mercy On Others

Sanaa Alvira, Student at LSE – ‘Candidate Must Prove His Interest and Motivation’