This Couple Have Helped Heal Lakhs of People

Dr Ashish Satav, and his wife Dr Kavita have dedicated their life to serving people in one of the most remote tribal areas of Melghat, Maharashtra. From a hut hospital to a 30-bed healthcare facility that provides curative and preventive medical facilities, their journey of transforming the region is nothing short of inspiring!
Dr Ashish studied at the Government Medical College in Nagpur. As a student there, he had the opportunity to visit several remote parts of the country, some of which had a deplorable state of healthcare. Melghat was one such area. It didn’t even have a basic health centre to start with. At that point during his MD training, he decided to move there and establish a proper healthcare centre there, he says. So, in 1998, he registered a voluntary organisation, MAHAN (Meditation, AIDS, Health, Addiction, Nutrition) under which a hospital was started in Dharni, Melghat, using Rs 1 lakh, that he saved while studying in the medical college. While the OPD was started in a small hut in Kolupur, the hospital comprising of 4 rooms (in an area measuring 1000 sq ft) was started in a rented house in Dharni.
Gradually, Ashish and his wife Kavita expanded their work. An eye surgeon, Dr Kavita started an eye hospital in Dharni, in 2001. “The villagers here were too poor to afford eye surgeries. Many were also sceptical about surgeries owing to superstitions. They chose to live their lives with cataract instead of undergoing treatment. But, we were determined and slowly began to save up more. With the help of the savings and a donation of Rs 10,000,Kavita operated on ten cataract patients successfully. Gradually more support came in from various health societies, and social organisations. With all that help, till now, Kavita has been able to bring back sight to almost 1200 patients, all free of cost,” says Dr Ashish. Throughout the journey, the duo had to face several unexpectedly enlightening circumstances that led them to think beyond medicine.
“We wondered if there was a point in treating people if they didn’t know how to stay healthy. So, we started to conduct health education programmes through slideshows, group discussions, etc., in various villages. However, it brought us to another problem of lack of amenities to prevent malnutrition. With one problem leading to another, we began to mobilise the village youth to create awareness about sustainable organic farming, kitchen gardening, de-addiction, government schemes, etc.”Thanks to this, they have established about 3000 organic gardens in 17 villages of Melghat. 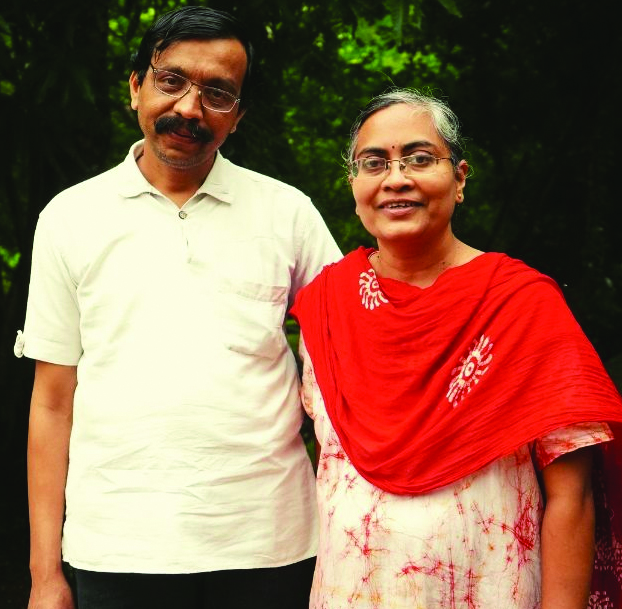