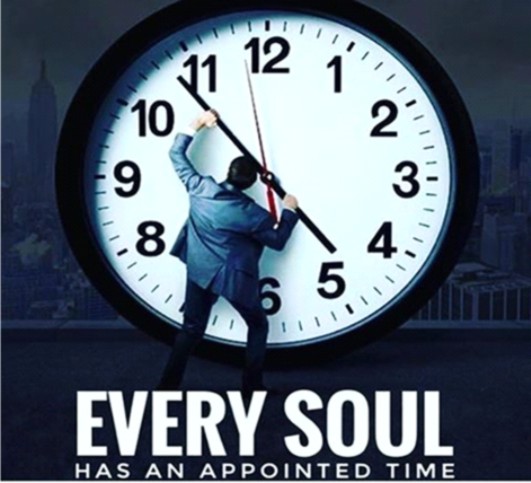 Better Use of Time

In today’s fast-paced life, if we think about what is our most valuable asset? So, after a little consideration, we can say without hesitation that the most valuable asset of our life is time because it is our part of the time that keeps us alive in this world and we will leave as soon as it is over. In view of this fact, it can be said that we should protect this capital of ours the most, but the problem is that it is so valuable, but it often suffers from problems such as inefficiency and disorganization. The reason for this is of course the imbalance in time investment, which is called a lack of time management in other words. Due to this, we do not realize the loss of time, the negative consequences of which affect our entire life and we complain about the lack of time and absolve ourselves from all blame and responsibility. In order to get rid of this habit, it is important to invest our time in a plan. And spend it in the right place which is also productive and helps in achieving the goal in life.

Before we discuss proper time planning methods, it is important to look at the factors that are the general cause of our time loss. According to experts, if we are asked where we have spent seven hundred and twenty hours in a month, then most of us would probably answer seventy percent of the time because that time is something. Lagi Bandhi lives in a routine that will include some household responsibilities and office or academic activities and some hobbies like sleeping and resting etc. But they have no idea about the remaining thirty percent because most of us for a period of time, could not determine our priorities, where to plan, opened social media, or spent hours on it, did not know. We were going somewhere, we met someone on the way, and we did not realize how time passed in the gossip. And sometimes I lay down for ten minutes to rest and fell asleep for hours. When I opened my eyes, I realized how much time has passed. Sometimes regular temporary enjoyable hobbies are chosen for spending time like playing games, watching entertaining videos for hours, and liking and commenting on all necessary and unnecessary content on social media. In addition to this, people waste time in countless other ways, and then on some kind of negligence and non-fulfillment of responsibilities, they say with great comfort that time has gone out of their mind. Wasting time in this way has become a common practice in our society and there is no regret for it even though it is a major psychological problem due to which not only a person’s personal life is affected but also his family and Social life also affected.

According to experts, spending time aimlessly is like a drug in which certain chemicals are released in our mind called dopamine. Then its dose gradually increases, which takes hold of the person psychologically and it becomes difficult to control it. Similarly, spending time and getting involved in useless activities is actually a problem which is called procrastination in the English language.

When we don’t set goals in life and we don’t plan for our future life, we think that the time we have for preparing for tomorrow is so abundant that it can be spent after fulfilling the few obligations of the present. That’s how we start missing and then this habit becomes natural than with the passage of time when serious responsibilities fall on our shoulders, we are not ready for it so be careful. And because of handling things wrongly, we keep adding to the problems as wasting time has become second nature. So, we don’t even keep track of how much time we have used and how much we have wasted in achieving that goal. We live like a passenger who gets on any bus going in any direction and somewhere He also gets off and turns the other way. Somewhere he saw a spectacle, then he started praising, and somewhere he stopped to slow down. Something similar happens to us, due to which it becomes difficult to solve problems in a timely manner and because of this. The risk of developing many psychological disorders also increases. In such a situation, our life is neither meaningful for us nor beneficial for our family.

And sometimes it happens that people are only busy with a few essential responsibilities but have no plans for the future. Devote time to an activity that helps to make their life purposeful and meaningful because when the mind has nothing to do, it starts making negative and positive interpretations of the surrounding activities. That sometimes relationships and affairs go bad. In order to keep the mind occupied with meaningful thinking, it is necessary to develop a sense of purpose in it.

Keeping in mind so many disadvantages of unorganized time, it is necessary for us to learn regular time management skills and every person can resort to different sources to learn it, including books, guidance from experts and close relatives, etc. included.

For the proper organization of time, it is important that we first determine our goals in life and how much time we must spend on each task. Always set a deadline before doing each task. If by mistake you take too long, next time you should be more careful. Keep the essential and non-essential tasks in life separate from each other so that you avoid the mistake of neglecting the essentials by getting involved in unnecessary activities. Most of us, after spending hours in useless activities, remember the necessary tasks, which we just do on time and get rid of our responsibilities, and this is not necessarily the case, but we always do it. There are factors that affect the quality of work and results that affect real life, so it is important to distinguish between important and non-important tasks. Take time for yourself to be the center of attention. Understand the importance of working on yourself to improve relationships. Establish a boundary between personal and professional life.

To be successful in life it is important to protect time, whether it is a short or long time is equally valuable. It can also be planned to be used in moments. It should include all the necessary activities. Along with taking time for yourself, this step is very important to improve your relationship with yourself.