Commitment, Akhira and Power of Engagement

Islamic Voice 0 July, 2015 12:00 am
The UK Media Too Often Misrepresents Muslims “ With Dangerous Results
Bringing Back Home the ‘Guests of God’
The Importance of Reading 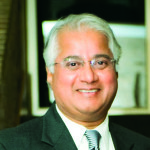 By Mike Ghouse
We reproduce below the speech by Mr. Mike Ghouse delivered at the International Conference on ‘Intellectual Crises of the Muslim Ummah: Rethinking Traditional Solutions’ held on April 6-7, 2015 at the Aligarh Muslim University. He sent us the script on request by Islamic Voice

Has anything ever happened by itself? No matter what it is”getting a job, raising a family, going to war, building cohesive societies, going to moon or coming to Aligarh “ someone caused it. This conference would not have happened by itself; it needed a driver with passion and a strong commitment.
Ray Bradbury had once said, “Until one is committed, there is hesitancy…Concerning all acts of initiative (and creation) there is one elementary truth the ignorance of which kills countless ideas and splendid plans: the moment one definitely commits oneself, then Providence moves too. All sorts of things occur to help one that would never otherwise have occurred.”¦Whatever you can do or dream that you can do, begin it. Boldness has genius, power, and magic in it. Begin it now.”
When you are not committed, and if something goes wrong, your attitude would be, ” I knew it, I knew, it was not going to work out for me”, or “I should have listened to my friends”, and on and on”¦You find every excuse to justify the small setback to get out of the situation.
Let me ask you this, if you fail yourselves, why should anyone give you a pass? Why should anyone support you if you are hesitant? Dr. Abusulayman stresses: “There is a clear distinction between doubts and problems. Doubts provoke obstruction, frustration and discouragement, where as problems inspire motivation, action and diligence.”
Hurdles are Stepping Stones
On the other hand, when you are committed and if things go wrong, your attitude would be “Oh, I have to do this to get there. Hurdles will not be hurdles any more, but will become stepping- stones to get to the destination with all the detours. One of the greatest examples of commitment was delivered by Tariq Bin Ziyad; when he crossed the Gibraltar Channel, he burned the ships. There was no going back. Period.
This conference, “Intellectual Crises of the Muslim Ummah: Rethinking Traditional Solutions” is a timely event. Today, we are at the crossroads of leaving behind 100 years of post-colonial trauma, and setting up the next 100 years. This is the time for us to shape our destiny”¦
And it begins with freedom. When Adam and Eve were given the options and consequences for each action, God gave them complete freedom and stuck to His words.
When Adam and Eve chose to eat the forbidden fruit, God knew they were wrong, but God did not get mad or slap them left and right. Instead, He accepted their choice. He did not stop them.
Friends, we are born with freedom, and we must live with freedom. There is no compulsion in what you believe, and we must value freedom as the most important value of Islam.

Misplaced Focus on Akhira
One of the major flaws in our thinking is our misplaced focus on Akhira. We need to invest our time in fixing this flawed thinking and change the future of Muslim Ummah.
We have a choice to be herded or to shape our own destiny. We need to boldly challenge what is taught to us in our mosques. God has given us this life to live it to the fullest, and not throw it away for Akhira.
I have not been to a mosque in Aligarh yet, but every mosque I have been to keeps pounding on Akhira. Life is a trust given to us. How can we jump to Akhira without living the Hazira (the present)? How can we cheat the present for the future? We need to be honest with today to be truthful with tomorrow.
The Akhira is a poor excuse for those who are incapable to deal with what is given and simply find refuge in Akhira. Next time you hear someone talk about Akhira, please ask them to make sure that this talk is not a poor excuse for not making good of this life. Akhira comes after Hazira.

Power of Engagement
How many of you have heard about ‘Fox News’? How many of you have heard about Sean Hannity? He is the 2nd most popular talk show host in the United States. He is one of the most hated people not only by Muslims but the progressives as well.
The story I am about to tell is an eye-opener, and hopefully it change your mind. I call this the power of engagement. When you engage with people, there is always a chance to bring about a change. If you don’t, you don’t even have a chance. I did not have to go to China to learn this. I learned right here from Mother Teresa. She said, “If you want to bring peace, go talk with your enemy.” Indeed, that is the truth.
When I go back to the US, I will be doing my 100th appearance on Sean Hannity’s TV show and probably 50+ on his National talk show radio.
Changed Phraseology
Two major things have happened through this engagement. Sean Hannity has stopped attacking the Quran in the last two years, and had agreed to (but has failed a few times) to use the phrase “Radicals among Muslims” instead of “Radical Muslims.” It was a huge concession! Furthermore, the biggest accomplishment for Muslim community through his promise was the change in the tone of several of the right-wingers. Representative Peter King, Chairman of the Homeland Security, said this on April 15, 2013 when CNN camera honed on him in the evening right after the Boston Marathon bombing”¦
—————————————-
Hear the rest of the story in the video at: https://www.youtube.com/watch?v=GDMuE4bdYW4

Mike Ghouse is a public speaker, writer and a commentator on Pluralism, Islam, India,Israel-Palestine, Politics and other issues of the day. He is producing a full feature film “Sacred” to be released on 9/11 and a documentary “Americans together” for a July 4 release. He is a frequent guest commentator on Fox News and syndicated Talk Radio shows and a writer at major news papers including Dallas Morning News and Huffington Post. For more about him log onto: www.MikeGhouse.net.