Messenger of Peace – Peace and Justice Go Together

Only by respecting human rights and ensuring justice for others can Muslims claim themselves to be standard-bearers of peace. 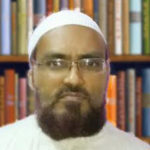 Peace is the foundational element for a society to develop. Development is inconceivable without peace. Islam also emphasizes peace to be the collective necessity for a society. The Quran describes peace to be the greatest blessing. The chapter Quraish in the Quran reminds the Makkans that they ought to worship Allah Who provided them enough to eat and sheltered them in an abode of peace (the city of Makkah used to be a cradle of peace amid the mayhem raging elsewhere in the Arabian Peninsula). The verse no. 125 of Surah Baqarah too emphasizes the same: ‘We have rendered the city of Makkah an abode of peace for the people’.

Nothing to Fear from a True Muslim
The mission of the Holy Prophet was to establish peace, and Islam from the day one called the people towards this objective. A Muslim, the Prophet said, was one from whom people feel no threat to their lives and property. (Tirmizi, Nasai).
The Prophet desired that every Muslim should be an active participant in building a cohesive society and wanted everyone to integrate himself with the society and never to isolate or alienate himself. The Prophet said that no good can be accepted from an individual who cuts himself off the society and does not mix with people (Bukhari).
A believer is, therefore, never expected to kill any individual without any proper justification (i.e., due legal process). The Quran (Ch. Maidah, v.32) tells us that anyone who kills an individual without any justification is like one who has killed the entire humanity, and that a person who saves an individual is like one who has saved the entire humanity. This can be taken as one of the most basic first articles of an Islamic charter of Universal Human Rights.

Premium on Peace
A hadith contained in Tirmizi related from the Prophet says that anyone among you who wakes up at dawn in a state that he lived the previous day peaceably with his family people, has sound health and has sufficient food and water to sustain himself the next day, then think of him as one who has been blessed with all the wealth in this life and the Hereafter.
This hadith perhaps sets the minimum criterion for peace i.e., cordiality at home and within the family, sound health and sustenance for the next day, or, in short, social and economic security.
Foulest of all Sins
The Prophet said the first thing to be asked on the day of Judgment would be to an individual to account for the unjustified killing of anyone (Bukhari). He also indicated that whenever someone is murdered without any justification (i.e., without due legal procedure and trial), a part of the sin is attributed and recorded in the account of son of Prophet Adam who committed the first murder and pioneered the crime.

Wealth Goes to Inheritors
The Prophet clearly delineated the duties of a believer towards members of his family, his own self, his Creator, his guests and visitors. He said: “Fulfill your obligations towards them all” (Tirmizi). About economic security, he said: “If an individual leaves money and assets, those belong to his heirs. But if someone only leaves offspring, I will be their caretaker and custodian” (Bukhari).
Absence of justice is one key reason for the absence of peace, bloodshed and civic unrest in the world. Hence the need for the establishment of social justice, which is inevitably linked to the recognition of human rights. The Prophet’s last sermon at the Mount of Mercy reminds us of our duty to ensure respects for human rights and social justice. He had said: “No Arab would have precedence over an Ajmi (non-Arab), nor would a fair-complexioned individual would have preference over a black. All men and women are offspring of Adam, and he was created out of mud.” (Muslim)

Prof. Wells’ Observation
This sermon finds appreciation not merely with admirers of Islam, but also with its critics. Prof. H. G. Wells, a known critic of Islam, wrote in A Short History of Islam: “There have been plenty of sermons about human equality, freedom and brotherhood. They could be seen even in the sermons of the Messiah of the Nazareth. But one should not fail to recognize that it was Muhammad who established a society based on these principles”. (Page 76).
The Holy Prophet very categorically declared that the entire humankind is a family and that one should treat others with kindness and affection just as one would treat one’s own kin. “The most loved in the sight of God is one who treats others with affection”, he declared. (Tabrani). He is reported to have said that all human beings are brethren. (Abu Dawood). He stood up while the funeral of a Jew passed by him. When his Companions expressed surprise at this, he said: “Was he not a human being?” (Bukhari)

Pluralism
The society of Madinah was a plural society and was based on the principles of pluralism. The locals were called Ansar, while the immigrants from Makkah were termed Muhajireen. There were also Jewish tribes who had lived there for centuries. Upon reaching Madinah, he established a firm brotherhood between the two groups. Even Jews were recognized as part of the ummah as they had lived there since long and followed the earlier prophets. He told them: “Whoever is in Madinah, or goes out of it, will remain safe and in peace, except the one who commits a mischief or treason.” He wanted these terms to be written down in a deed and called all those who expressed their allegiance to this deed as inhabitants of a sanctuary. He tried to eliminate all causes that could potentially disturb peace and harmony between people in Madinah. Protection offered to the minorities went a long way in this regard.

No Discrimination
The Prophet did not discriminate between people of different faiths when it came to judging crimes of the inhabitants of Madinah. When a Jew was killed by a Muslim, he applied the law of Qisas and sentenced the killer to death. It is on this basis that Hazrat Ali, the fourth Caliph, declared the lives, honour and property of non-Muslim minorities as sacred and guaranteed protection for them.

Fighting the Ego
Islam did not accord war any permanent status and considered peace and harmony to be taken as a normal state of affairs. While returning from a battle, the Prophet of Allah said that they were returning from the minor jihad to the major jihad (i.e., the struggle against one’s own whims and fancies and dictates of one’s ego).
The Prophet prohibited believers against rising in revolt against any Muslim rule/ruler, regardless of its/his transgressions and brutalities, unless it/he prevented the believers from discharging the basic duties of Islam or committed Kufr (denial of God and His sovereignty). He declared the day of conquest of Makkah as a Day of Mercy and General Amnesty. He announced pardon for even the staunchest of enemies of Islam. Amnesty was given for anyone who sought asylum within the precincts of the Haram Mosque, in Abu Sufiyan’s house, and those who shut the doors of their houses. When a companion (Saad bin Ubadah) said that, that day was the day of fierce battle, he repudiated it and said: “Today is the Day of Mercy”. He took away the standard of the battle from the hands of Saad and gave it to his (Saad’s) son. The Prophet’s exemplary behavior caused a stunning turnaround and the opponents of Islam and the Prophet, entered the fold of Islam in droves thereafter. Such was the role of Islam in establishing peace.
(The author teaches at Jamia Millia Islamia, Delhi. He can be reached at [email protected] He is a graduate of the Dar ul-Uloom Deoband. The original article appeared in Urdu and has been translated into English by Maqbool Ahmed Siraj. The article has been shortened with some small portions edited out).