Q:1. After a family dispute, a relative of ours threatened to place a charm to prevent the marriage of my younger sister. Several years have passed since then and she is still not married. What is worse, my mother has been going to an astrologer to try to break the spell she claims to have been placed on my sister. My brother and I have tried hard to persuade my mother that this is not acceptable in Islam, but she would not listen to our advice. This has delayed our own marriages. We have tried to take some action and threatened to stop writing home, but our mother is still continuing to see the astrologer and says that she will not stop until our sister gets married. What advice do you have for us? How should we deal with our relative?

Q: 2. A few months back, some members of my family died in a car accident. Investigation of the accident has proven that there was no mechanical fault, nor was there any carelessness or negligence on the part of the driver. It seemed that the driver could not turn the steering wheel and the gearbox was jammed and the brakes failed, leading to the accident. A later check up on the vehicle showed none of these faults. Some people suggest that this is the work of evil spirits or black magic. How does this explanation fit in the Islamic teachings? If it is true that such a spell or evil spirit could cause such an event, how can these be countered? 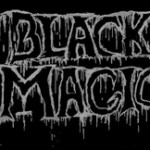