OUR DIALOGUE BY ADIL SALAHI

Q: Every day I read in the media about people committing suicides. Teenagers commit suicide due to parental pressure, adults end their lives on trivial disputes, marital couples end their lives over extra marital affairs and so many other reasons. After cancer, suicide seems to have become a menace in today’s society. What is the Islamic perspective on suicide? 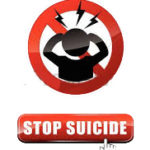 A. One thing which people often do is to say that such and such a person will definitely go to heaven or to hell. This is something over which none other than God has any control. So to suggest that such a person goes here or there in the hereafter is an affront to God, because it precipitates His judgment. There are certain verses of the Qur’an and statements by the Prophet (peace be upon him) which tell us that those who perpetrate certain sins will be punished. But then it is up to God to determine what punishment fits every single case, because God judges us individually, on the basis of His perfect knowledge of our intentions and conditions.
It is true that suicide is strictly forbidden, because it is an affront to God. It is like a person saying to God: “You have given me life and I am taking it away.” This is what is meant by the sacred Hadith in which God is quoted as saying of the one who commits suicide: “My servant has precipitated My will with regard to himself! Therefore, I am forbidding him entry into heaven.” But this Hadith applies to a person in full control of his faculties, suffering no overpowering adversity and having a reasonable life. If such a person commits suicide, then may be God will not allow him in heaven.
A person who commits suicide as a result of a mental disorder like depression or some other severe form of anxiety is not in full control of his senses. We cannot say how God will judge such a person, but we trust to God’s justice, because He does not deal unfairly with anyone. We pray for the person concerned, and request God to forgive him. When a man committed suicide during the Prophet’s lifetime, the Prophet was distressed. He did not perform the janazah prayer for the deceased, but he ordered his companions to do it. When they did, they prayed for the man and requested God’s forgiveness for him. This shows that the Prophet did not exclude the possibility of his being forgiven by God.